Jeremy Corbyn's campaign just got a boost. And the media won't like it at all - Canary 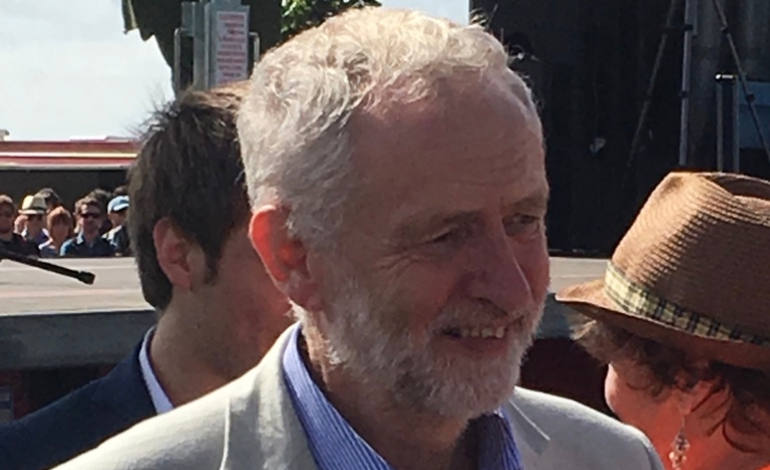 Jeremy Corbyn is narrowing the gap in polling. New figures released on 13 May show support for Labour is now higher than the vote share Ed Miliband received in 2015. But there is a problem. This rise is happening despite the widespread media hostility that was highlighted in a letter to The Guardian by nearly 70 media academics.

And it begs a question about how well Corbyn’s Labour Party could do if the media bias against him wasn’t so consistent.

There’s no doubt that Theresa May still has a soaring lead in the polls. But the gap is closing. And the Labour Party is now on its highest polling results the party has seen in 180 days. Polls conducted by Opinion and ORB put the party at 32%. But the Conservatives are still far ahead, at 47%.

Significantly, however, these polls were conducted before Labour’s manifesto was leaked to the press. Corbyn’s policies have proved hugely popular with the public. 71% of people polled by ComRes supported banning zero hours contracts; 74% wanted to keep the pension age at 66; and 65% were happy to see those earning over £80k pay more income tax.

But it’s also important to bear in mind that these polls have been conducted against the backdrop of a hostile media, distorting and undermining Corbyn regularly. And while this is to be expected from the likes of The Daily Mail and The Sun, it is more surprising from outlets like The Guardian.

As The Canary reported previously, the paper’s editorial on 9 May was more suited to The Mail than a supposedly left-wing paper. And it was this editorial that led 68 media academics from universities around the country to write to the paper. They state:

And they refer to academic studies, such as one from the London School of Economics that found the press had turned into an “attackdog” against Corbyn:

Serious discussion of Labour’s proposed policies has been negligible – drowned out by memes focused on Labour’s apparent lack of opposition and Corbyn’s lack of leadership.

We are not asking for eulogies of Corbyn, but for reporting that takes seriously the proposals contained in the manifesto and that doesn’t resort to a lazy stereotype of Corbyn as a ‘problem’ to be solved.

But what these polls tell us is that Corbyn and his Labour Party have everything to play for. The Tories winning by a massive landslide is far from a done deal. Labour’s policies are proving popular, and the party is gaining despite a hostile media.

The youth vote is also looking like it will be increasingly important in this election. Recent polls have shown that the majority of under-40s are planning on voting Labour. As are 55% of students.

So, perhaps there’s a quiet revolution happening. A revolution of people who are interested in the different platform Corbyn offers. And people who want to bypass the mainstream media and mainstream politics. There’s just over three weeks until the election. It’s not long. But it is long enough to make a difference.