The Greens show they're deadly serious about getting rid of the Tories, with another election gift for Labour - The Canary 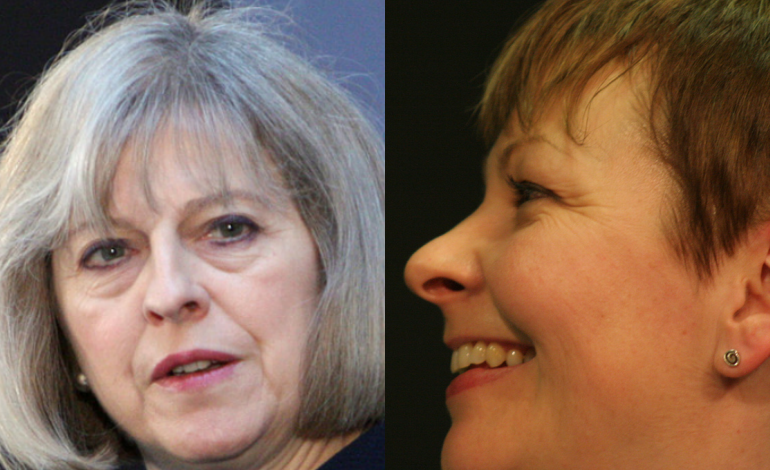 The Green Party has shown yet again that it’s deadly serious about getting rid of the Tories on 8 June. It has pulled out of two more seats in order to help other progressive candidates to become MPs. And in both seats, the party’s withdrawal has a realistic chance of tipping the balance and getting rid of the resident Conservative MPs.

First, the Greens have withdrawn from St Ives in Cornwall. St Ives elected a Conservative MP in 2015, unseating a Liberal Democrat. But by a very small majority. In fact, if everyone who voted for the Green Party in 2015 had voted for the Lib Dems, the Tories would have lost.

Although alliances haven’t been formed and the party is running in other areas of Cornwall, the fact that former MP Andrew George is running probably made it an easier choice. George had the record of being the most rebellious MP in the Coalition government. And this is reflected in the areas in which Green branch membership secretary John Rawles wants to fight the election:

We want to see a real commitment to social justice, action on climate change, and improved prospects for young people – which includes getting them to register and vote.

But Karen La Borde, who had been selected as Green candidate for the constituency, also slammed the way the other parties have been acting:

The announcement of the June election was sudden and cynical, and the response of the other opposition parties nationally has been short-sighted and unimaginative. They still seem to be stuck in the 20th century, each still hoping to form [a] majority government.

Another area where the Greens have withdrawn is Gower. In 2015, the Tories won the seat from Labour by just 27 votes. Again, the Green Party’s 689 votes could have made a significant difference here.

A press release from the Swansea and Gower Green Party and seen by The Canary stated:

The sitting MP in Gower, Byron Davies, has an abhorrent voting record in Parliament. Whether it is cutting payments to the disabled, allowing the privatisation of the NHS, voting against Wales to receive the same level of funding it would have had in the EU, or voting to allow fracking to devastate vast swathes of his own constituency, Byron has done it all. It is almost unthinkable that a sitting MP would vote to potentially poison surface and groundwater supplies in his own constituency particularly in an Area of Outstanding Natural Beauty. This is a move which could obliterate the local Tourism, cockle and agricultural industries whilst simultaneously seeing house prices in the area plummet.

Even though Labour have refused to return the favour in Brighton Pavilion and the Isle of Wight, constituencies where they stand little chance of winning, the Swansea & Gower Green Party have democratically decided to step aside in the Gower constituency for the 2017 General Election and urge our members and supporters in the constituency to support the Labour Party candidate who has the best chance of removing Byron Davies from his seat at Westminster, which we believe is in the best interests of the people of Gower, present and future.

Like in Cornwall, the Greens will still be running candidates in other consituencies in the area.

The Greens’ withdrawal of these candidates tells us that they are deadly serious about getting rid of the Tories. And withdrawing from these two seats gives us all a real chance of getting rid of two Tory MPs.

At the same time, however, it is a real shame that other parties haven’t followed suit. And it is a particular shame that the Labour Party expelled members for trying to get rid of Health Secretary Jeremy Hunt through a progressive electoral alliance. This decision coming in spite of evidence from campaign group Progressive Alliance which shows there are many seats where cooperation with the Green Party could have helped Labour to ensure victory over the Tories. In fact, Progressive Alliance insists that “in 13 of the last 16 elections, a Progressive Alliance would have defeated the Tories”.

Alongside withdrawing a candidate in Ealing and making a pact with the Lib Dems in Brighton, the Green Party is setting an example. It is showing that, if we can put party tribalism aside (at least until after the election), there is a real chance we can get rid of the Tories. And we can all make a difference.

– See more on the discussion about creating a progressive alliance before the general election. Find out more about the Progressive Alliance launch event on 15 May.

– If you’re in a marginal seat and your party is unlikely to win, why not raise your voice for a progressive alliance?