Labour’s Barry Gardiner pins down BBC bias so efficiently, the host has a meltdown [AUDIO] - Canary 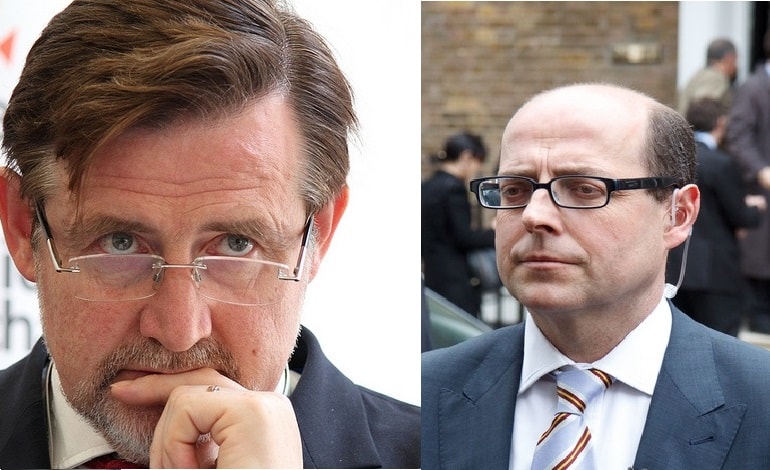 On Radio 4, Labour’s Barry Gardiner pinned down BBC bias so efficiently, the host was left in meltdown. The Shadow Secretary for International Trade called out the BBC for letting the billionaire, minority-scapegoating press frame the debate on its programmes:

I did think your earlier report was beneath you – this ‘crash, bang, wallop’ stuff.

With both broadcasting and on radio, the BBC allows divisive, xenophobic outlets like The Sun and The Daily Mail to set the agenda through its newspaper reviews. And on 12 May, presenter Nick Robinson substantiated The Sun’s trivial front page:

So Gardiner took Robinson to task:

This is the Today programme and people expect a standard and quality of debate that is higher than ‘crash, bang, wallop’

‘Robinson answers his own question’

The candidate for Brent North continued to challenge Robinson’s behaviour. The host asked Gardiner whether there were any circumstances where Jeremy Corbyn would use military action. After Gardiner began his answer with “of course”, Robinson interrupted with his own thoughts. So the Shadow Cabinet Minister said:

You ask a question and then you want to answer it. You asked me if I could think of a scenario in which Jeremy Corbyn would sanction military action. I said I could, and then you immediately jumped in and told me what you were going to answer to that question.

On the radio, Robinson seemed to try to sow division in Labour in a number of ways:

But Gardiner challenged Robinson’s agenda, leaving the presenter in a Twitter frenzy. He tried to justify his line of questioning. Although it didn’t quite go to plan. Twitter users documented what they called a “meltdown”:

Nick Robinson is so wounded by interview from Barry Gardiner he has taken to twitter to engage in post-rebuttal. Always a sign of who lost.

On Radio 4, Gardiner refused to let Robinson set the agenda with Sun headlines and divisive statements from almost 20 years ago. Gardiner’s no-nonsense style takes Westminster journalists by surprise. It’s precisely the type of approach Labour needs to win this election.

https://t.co/nYRmPD4jaH via @Clyp_It Enjoy listening to Nick Robinson being taken to the cleaners by Barry Gardiner. RT