Theresa May thinks she’s got rid of millions of voters. But there’s a week to send her a massive fuck you - Canary 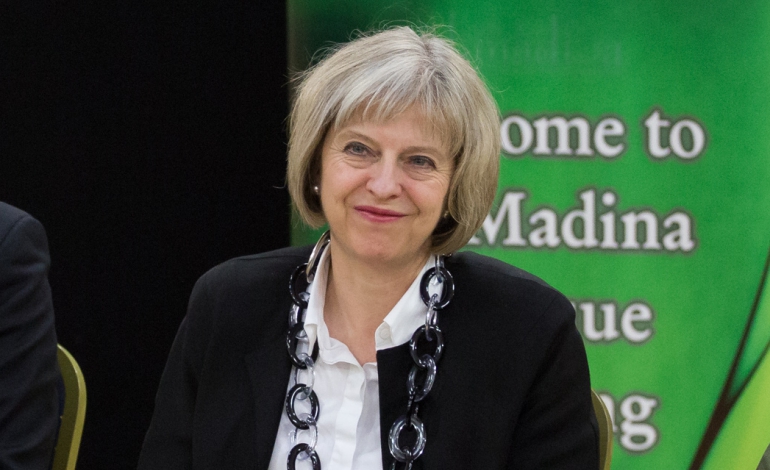 Young people could make all the difference in the next general election. But figures released by the Electoral Reform Society warn of a “ticking time-bomb” due to Conservative Party changes to the way people register to vote. And with a week to go before the registration deadline, it’s a timely warning to ensure you and everyone you know retains their right to vote.

In 2015, the Conservative Party changed the rules on registering to vote. Previously, parents and universities could enroll young people themselves. But the change, known as Individual Electoral Registration (IER) means this is no longer possible. And it could mean that people who think they’re registered to vote have actually been removed from the electoral roll.

Although allegedly designed to combat electoral fraud, the new system can both discriminate against young people and benefit the Tories. And figures show that up to seven million people could be affected. Speaking about the changes in 2015, Shadow Justice Secretary Lord Falconer stated:

The Tories are ignoring the Electoral Commission’s recommendation not to proceed in December 2015 – a decision which risks depriving millions of people of a vote as they fall off the electoral register.

And he claimed that it was:

yet another example of how David Cameron’s government is intent on rigging the game in its favour.

According to a press release from the Electoral Reform Society, IER is making a difference to the numbers registering. Chief Executive Katie Ghose warns:

There is a real risk that this election could be one where the registration time bomb goes off – leaving hundreds of thousands without a voice. The collapse in the number of 16 and 17 year olds on the register in 2016 is a warning sign to anyone who cares about political engagement and young people’s stake in our democracy.

Ghose also highlighted that nearly seven million people are either not on the roll or incorrectly registered. And she is urging potential voters to “sign up before it’s too late”:

With just a week to go to register in time for the General Election, it’s vital that the new generation of potential voters – people who may have fallen off the electoral roll since the registration system was changed – sign up before it’s too late.

But there is hope, and many young people are registering to vote. As The Canary previously reported, in just three days, 103,439 18-to-24-year-olds registered.

And this surge has continued. Importantly, this age group is much more likely to vote Labour. According to polls, Labour has a 19% lead in this age group.

Meanwhile, a poll revealed that 93% of students say they are registered to vote. And student support for Labour has leapt to 55% under Corbyn, according to research from the Higher Education Policy Institute (Hepi) and YouthSight. This is a huge increase. Towards the end of Ed Miliband’s leadership in 2015, student support for Labour sat at 35%. Under Tony Blair in 2005, only 23% backed Labour.

The deadline to register to vote is Monday 22 May. It can be done online and only takes a few minutes. As Russell Brand explains in this video:

It’s also worth remembering that registering to vote is not enough. The vote needs to be used. In 2015, only 43% of those under 25 voted compared to 78% of those over 65. And analysis shows this discrepancy in the turnout benefited the Tories.

Voting may not necessarily answer your desire for radical change. But not registering to vote only benefits the Tories. This is the party that is dismantling our NHS and selling it off to the highest bidder; wrecking our education system; destroying the lives of disabled people; and slashing benefits for those under 21.

A Tory landslide is not a done deal. If people continue registering and actually use their votes, it could be a very different picture. And the combination could still mean disastrous news for May.