Theresa May's Government of Chaos holds the nation's health to ransom; it makes you wanna cry - The Canary 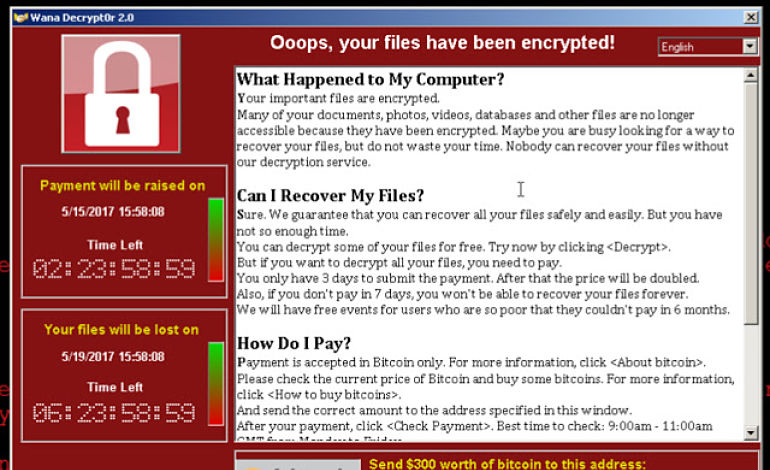 Britain’s National Health Service is under sustained attack from years of under funding. Now, inaction by Theresa May’s Government of Chaos has seen the NHS come under further attack by a ransomware virus, so delaying treatment for thousands of patients. And now there is a warning that a second version of the ransomware is about to be launched. But the impact of these attacks could have been limited.

One day before the attack, Dr Krishna Chinthapalli warned in a British Medical Journal article that some hospitals “will almost certainly be shut down by ransomware this year”. And Britain’s spy agency GCHQ and its offshoot the National Cyber Security Centre would also have been aware of the dangers.

British journalists should be asking if GCHQ knew of the vulnerability being used to attack NHS but kept it secret so they could use it.

But no one wants to take the rap. And perhaps the intelligence agencies spend too much of their resources spying on the UK population.

How the attack unfolded

The ransomware used in Friday’s attack on the NHS and other targets around the world is known variously as Wanna, WannaCry, or Wcry. It is estimated that the malware has seen 200,000 victims in at least 150 countries. Those behind the attack demand a ransom of $300 to $600 in Bitcoin, to be paid by 15 May.

But the ransomware was halted after a researcher took control of a domain name that was hard-coded into the self-replicating exploit. However, MalwareTech has warned:

It’s very important [for] everyone [to] understand that all they [the attackers] need to do is change some code and start again. Patch your systems now!

There are many reasons why the NHS was targeted. The main one is that the NHS still runs thousands of computers on Windows XP. Indeed, as many as 90% of NHS Trusts rely on Windows XP. But the government was warned of the potential risks of using outdated IT systems as far back as 2015.

Immediately after the attack, the Victoria Hospital in Blackpool requested that patients seek treatment only for life-threatening emergencies. And Barts Health Hospital in London redirected ambulances to other facilities. Close to 50 NHS Trust hospitals were infected.

How a system is infected

Targets are sent an encrypted, compressed file that once loaded allows the ransomware to infiltrate its targets. The malware then scans TCP port 445 (Server Message Block/SMB) before spreading to a worm, so compromising hosts and encrypting files stored on them. It then demands a ransom payment by Bitcoin.

Here is a step-by-step analysis:

What should NHS Trusts do?

In the short term, it is recommended that:

Further advice from Microsoft on MS17-010 can be found here. Advice also available from NHS Digital.

WannaCry makes use of Doublepulsar, which is a persistent backdoor used to execute code on previously compromised systems. The backdoor is installed following successful exploitation of SMB vulnerabilities, as part of Microsoft Security Bulletin MS17-010.

WannaCry copies a weapons-grade exploit codenamed Eternalblue that the NSA used for years to remotely commandeer computers running Microsoft Windows. It was one of several exploits published in the most recent Shadow Brokers release. The WannaCry developers combined Eternalblue with a self-replicating payload that allows the ransomware to spread from machine to machine, without requiring operators to open emails, click on links, or take any other action.

After the attack, Microsoft announced it was:

taking the highly unusual step of providing a security update for all customers to protect Windows platforms that are in custom support only, including Windows XP, Windows 8, and Windows Server 2003. Customers running Windows 10 were not targeted by the attack.

Britain’s National Cyber Security Centre (part of GCHQ) has also published instructions to businesses and homes on how to deal with the ransomware threat. Kaspersky Labs has also issued advice on how to avoid infection. And Hacker News lists basic security practices (section 7) everyone should follow.

To give the NHS the modern IT system it so desperately needs would cost hundreds of millions, and probably billions, and it would take years to do, given the complexity involved.

Indeed, massive investment will be needed to improve IT systems across the entire NHS. Further delays will only put more patients’ lives at risk.

– Ensure a government that will fully fund the NHS against such attacks is in power.

Featured image via screengrab on Avast