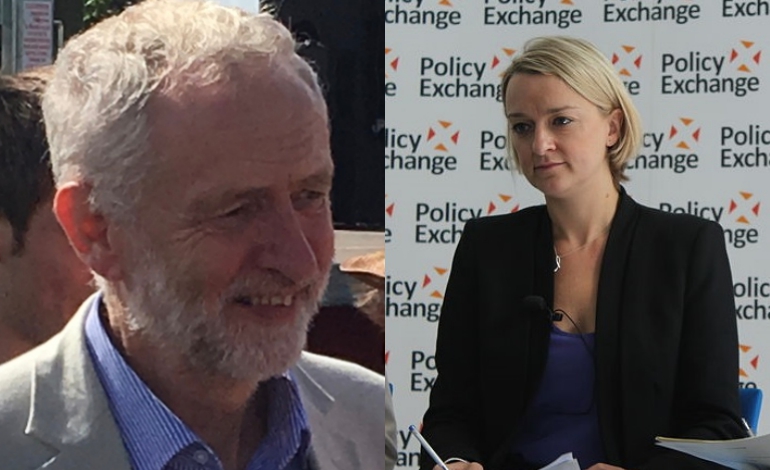 Jeremy Corbyn officially launched Labour’s manifesto on Tuesday 16 May. But while many support Labour’s proposals on tax increases for the wealthiest, it took Laura Kuenssberg minutes to completely misrepresent them. And looking at the salaries of Kuenssberg and some her colleagues, it begs the question of whether their reporting is moving the BBC towards naked self-interest.

Included in the manifesto are tax rises of £48.6bn. But crucially, these tax rises are only for the wealthiest people. The increase would mean a 45p rate for people earning over £80,000, and 50p for those on more than £123,000. Only 5% of people earn this amount of money, and recent polls say that 65% of people support the rise.

Labour has also said it will crack down on tax avoidance and raise corporation tax. But unlike the Tories, Labour is guaranteeing that the majority of people will not see tax increases. In other words, this is a tax increase on the richest few to benefit the majority.

But in her analysis of the tax increase, Kuenssberg neglected to mention this point. Instead she stated:

The party is including £48.6bn of extra tax rises, and the same in extra spending commitments.

Jeremy Corbyn is taking the Labour Party in this election to a very different place – away from the recent consensus that the UK should be moving to lower borrowing, and lower taxation.

And she ended by drumming the point home:

The manifesto spells out a vision, for good or for ill, of more spending, more tax, and more borrowing.

And in a big way.

There is no mention of the fact that 95% of the population will not see a tax increase, as Corbyn clearly stated in his speech:

And Labour will provide a tax guarantee: No VAT, national insurance or income tax rise for 95% of all people with only the top 5% of earners paying more. We’ll introduce an excessive pay levy to clampdown on boardroom pay.

This is important because just reading that the party will increase tax by £48.6bn without these facts plays into the Conservative Party’s propaganda of the Labour ‘tax bomb’. It is even more important when the Tories haven’t ruled out increases to income tax, VAT or National Insurance, that would affect everyone. And portraying the Labour Party as moving away from the “consensus” on lower tax is simply a misdirection technique that implies everybody will be paying more tax.

And Kuenssberg’s insistence on skewing the news to her agenda is probably what led one bystander to do this at the launch:

Simple but effective sign at the #LabourManifesto launch states where the real fake news is coming from pic.twitter.com/56z3ge6FAm

And this also begs the question of whether Kuenssberg and other high ranking BBC journalists are acting in self-interest when they report on Labour’s tax policies. Kuenssberg, along with other top journalists, is said to be earning over £150,000 a year.

It’s impossible to say for sure what Kuenssberg’s motivations are in the reporting of this story. But the fact remains that she has left out important facts from her ‘analysis’. And informing the public that 95% of them will not see a tax increase under a Labour government is a pretty crucial piece of information.

The BBC is coming under increasing criticism for its bias. And this so-called analysis from Kuenssberg will do nothing to help its reputation. Labour is proposing a shift of wealth from a 5% elite for the benefit of everyone else. So when journalists don’t give the full facts about these issues, it’s important to remember that they too are sometimes part of that wealthy elite.

Featured image via Emily Apple for The Canary / Wikimedia