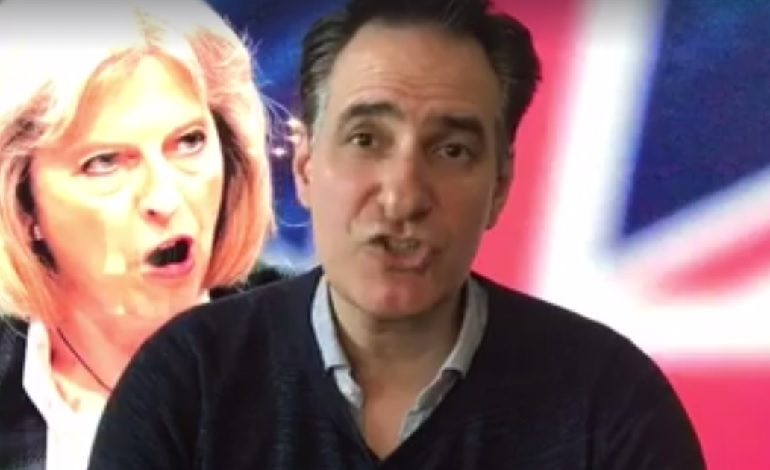 A lawyer-turned-campaigner has given his ‘first thoughts’ on the Conservative Party manifesto. And he’s branded the party “robbers”; saying that in Theresa May the UK has created a “Frankenstein’s monster”.

Peter Stefanovic is becoming well known on social media. He is getting a reputation for producing video shorts that cut through mainstream media bias; ones that tell the viewer the whole story on political and social issues. And in his latest video, he pulls no punches when it comes to the Conservative manifesto:

.@Theresa_May and the @Conservatives manifesto abandons older people & will do nothing to address inequality in our society. #ToryManifesto pic.twitter.com/yhNRECSh1o

The PM is attempting to pitch herself as ‘mainstream May’, targeting the average voter in Britain. But her party’s record paints a different story, with policies inflicting damage on some of the poorest in society. Over the last seven years of Conservative rule:

And the Tory manifesto, as Stefanovic outlines, will do little to improve the situation. He told The Canary:

By turning a blind eye to the injustice this Government has dished out every day upon the working people of this country we’ve created a Frankenstein’s monster in Theresa May. A monster whose arrogance and contempt for ordinary working people makes her believe she can just get away with anything she wants, no matter how unjust, no matter how wrong. She can’t.

He believes that every person up and down the UK needs to go out and vote on 8 June, because:

Every heart in the country should be breaking after reading that manifesto, and every chest bursting with anger.

The PM may well think she is appealing to “mainstream Britain”. But she is taking a gamble. After seven years of attacks on disabled people, students, children, the NHS and its staff, and migrants, the Tories have now turned their sights to pensioners and their own middle classes. May could well have just signed off on her own undoing.