Jeremy Corbyn’s campaign just received a massive boost. And it shows that he can still win this election - Canary 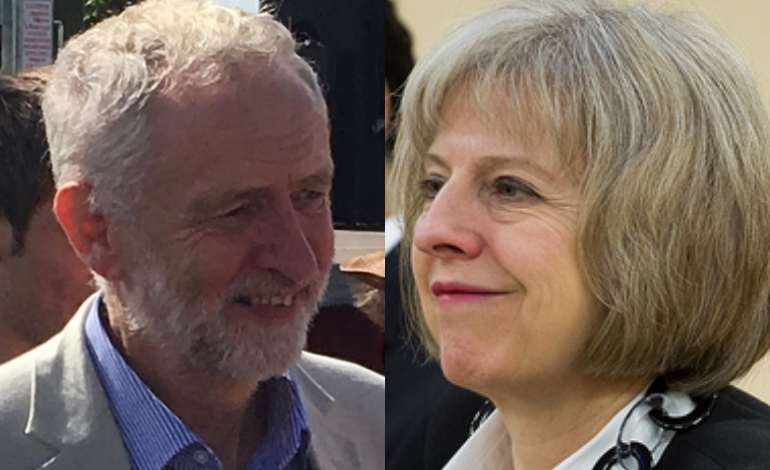 Jeremy Corbyn’s campaign just received a massive boost. And it’s an indication that with just under three weeks to go, Theresa May’s projected landslide is not only far from certain. It’s starting to look very shaky indeed.

A new poll by Ipsos MORI shows the Labour Party is steadily making progress. The party is now on 34% – an eight-point gain on where it started. And Labour is narrowing the gap between it and the Conservatives’ 49%.  Meanwhile, UKIP has more or less been wiped out, with the Green Party overtaking it in popularity.

And Labour’s figures [pdf] are even higher in England:

Labour is polling an incredible 39% in England. Scotland is dragging it down. Thanks Jim Murphy! pic.twitter.com/BaXRAocePn

The telephone poll was the first since Labour’s manifesto launch. And it backs up other polls, saying its policies are proving very popular with voters. The ComRes poll conducted by The Mirror found that 65% of people supported increased tax on those earning £80,000 or more; 74% wanted to keep the pension age at 66, and 78% backed the fox hunting ban.

How the Conservatives’ manifesto launch will affect its polls ranking is yet to be seen. But there’s a chance that the party may have shot itself in the foot. The party has gone after its key demographic, pensioners, with the “dementia tax“, means testing winter fuel payments and not guaranteeing the triple lock pension. Meanwhile, policies such as getting rid of free school dinners, supporting a vote on fox hunting and refusing to commit to not raising national insurance contributions are also unpopular.

And some context is also needed. Tony Blair won the 2005 election with 35% of the vote. And in 2015, when Ed Miliband was at 34%, he was only one point behind David Cameron, with many polls predicting a hung parliament.

Obviously, those polls were wrong. The Tories went on to win a majority. But there’s a crucial point to be made. Throughout Corbyn’s leadership, he has been accused of wrecking the Labour party, of running it down to a place of no return. These latest figures show this couldn’t be further from the truth. It isn’t Labour’s support that has collapsed. It’s UKIP‘s, which is now benefiting the Conservatives.

Polls often get it wrong. But what these polls tell us is that this election is not a done deal. And Labour’s surge is happening despite widespread media misrepresentation of its policies, and constantly banging us over the head with what a supposedly bad leader Corbyn is.

There are just under three weeks left. The more people hear Corbyn speak and the more people engage with Labour’s vision for the UK, the more popular he becomes. We do not have to accept May’s dystopian hell. We have an alternative. And we can do this.