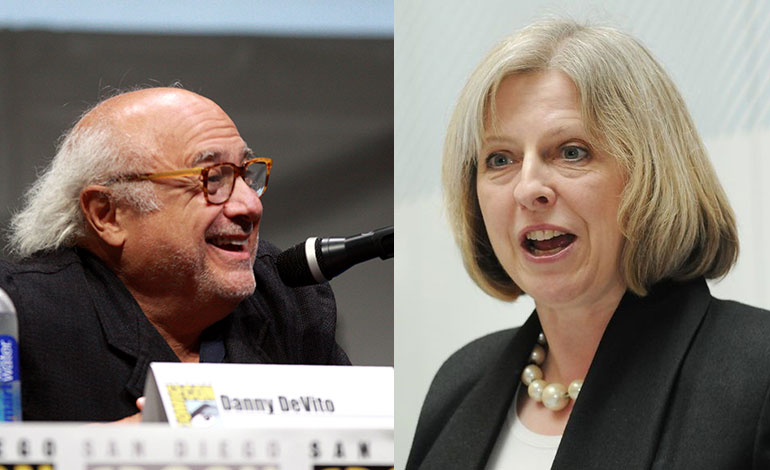 The Conservative manifesto was released on 17 May, outlining what the party promises for the future of Britain. Among an increased tax burden for low and middle earners and assaults on social care and education, it also holds the key to a ‘strong’ Brexit. Otherwise known as an attack on migrants.

Hundreds of thousands have taken to social media to share their thoughts on these pledges — not least those in the ‘celebrity world’.

Celebrity chef Jamie Oliver spoke out against May’s plans to cut school lunches. The provision of free school meals has long provided critical support to children from impoverished homes. Labour pledges universal free school meals for all children. But, Theresa May wants to cut them. In their place, she’s offering a free school breakfast. While Conservatives say the policy will be an improvement, they also argue it will save £650m a year. So, another cut to add to their wider budget cuts of 3% on thousands of schools:

Ex-Everton goal keeper Neville Southall spoke out against pretty much everything the Tories were offering:

As did Mock the Week comedian Chris Addison:

What a positiion the Tories are in. They could have given their manifesto its true name, Cunty Things We're Going To Do, and still win.

RAF veteran Harry Leslie Smith spoke out against the Tories’ attack on the elderly. Among other cuts to social care, May announced plans to make older people pay for their own care. Under the proposals, those who need care will be charged after they die if their estate is worth over £100,000. And that valuation will now include the person’s home as well as any savings. The new plans have been branded a “dementia tax” because they are likely to impact dementia patients and their families the hardest:

As a 94 year old pensioner on limited means I can tell you that the #torymanifesto will bring poverty & hardship to senior citizens.

Singer Alison Moyet also spoke out about the “dementia tax”:

Lost my mum to Alzheimer's.It's a long,arduous,painful,time consuming stretch of misery. Tories get old & diseased too. Careful what you cut

Wildlife TV presenter Anneka Svenska attacked the Tories for removing the UK ivory trade ban. Unlike the 2015 Tory manifesto, the 2017 version does not include a commitment to press for a total ban on ivory sales. This would allow antiques carved from ivory before 1947 to remain on sale and fuels fears that illegal poaching of the endangered African elephant will continue. The Tories have also pledged a vote to bring back fox hunting. So much so for an ‘equal and fair’ society:

Former English footballer Stan Collymore blasted the lie that the Tories have reduced the deficit:

The current national debt for those who believe that Tories are the frugal party. pic.twitter.com/oyvzhrC4Lg

And finally actor Danny DeVito. While all the way over in the US, DeVito still had time to stick it to the Tories and declare his support for Labour. He even jumped onto the #grime4corbyn campaign – set up by rapper JME to encourage young people to vote in the upcoming election:

U.K. You've got the guy. Register by May 22nd. Vote for Jeremy Corbyn…show us how it's done!#grime4corbyn

The election in the UK is big news, even across the other side of the Atlantic Ocean. So don’t let your voice go unheard. Remember to register to vote by 22 May.