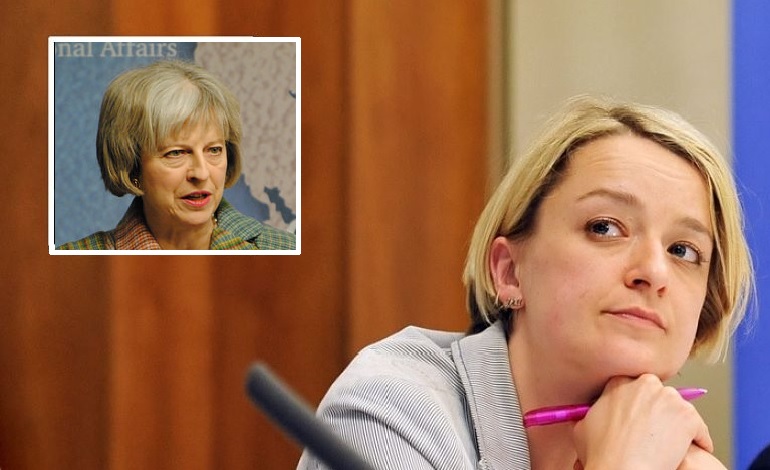 The BBC‘s Laura Kuenssberg has done the unthinkable in trying to defend the Conservatives’ manifesto. Because she’s shattered the very argument Theresa May is trying to use to win the electorate over.

The Conservative Party put out an uncosted manifesto on 18 May. Kuenssberg, however, had a unique take on the Tories’ failure to pledge proposals for the country with financial details attached. She began:

Labour is crying foul this morning.

An “angry” John McDonnell, she continued, has derided the Conservatives’ decision to not include “full costings” for their plans. And so now, after Labour did include costings in its manifesto, the party is apparently on the “warpath“.

This is leaving the Tories “vulnerable”, Kuenssberg explained. In this narrative, the BBC’s Political Editor portrays the Conservative Party as a tender entity squaring off with a hot-headed and militant Labour Party. Those poor, poor Tories.

Yet, Kuenssberg’s account depicts a very different Conservative Party to the “strong and stable” persona May, her ministers and Tory MPs have been trying present.

But Kuenssberg was quick to show why this militant Labour Party was asking too much. She wrote:

It is not unusual not to produce detailed breakdowns of every policy cost in manifestos.

They are broad contracts with the electorate, and no politician wants to set themselves too many tests that are impossible to pass later.

Although she was also quick to clarify:

Labour is often under more pressure to show their numbers because, traditionally, they are considered to be behind on economic credibility.

Ah, that’s okay then. So, it was fine for May to call Labour’s proposals a “fantasy wish list of easy promises paid for with imaginary money”. Because people are more suspicious of its “economic credibility”. A result, of course, of the Tories’ successful but false attempts to blame Labour for the 2008 financial crash. In reality, that crash was caused by banks and dodgy mortgages in the US.

But it’s not okay, Kuenssberg suggests, to expect other politicians to do the same. In this case, Tory ones. It’s actually ‘usual’ for them not to do so. So please, give May a break.

Amid Kuenssberg’s subterfuge and double standards, however, she did acknowledge some important facts. That it’s feared the Conservative Party’s plans will “hit millions of people”. That those affected could include at least 10 million pensioners, through the loss of their winter fuel allowance. And that, without any financial substance to the party’s pledges, people are suspicious about the Tories’ “true intentions”.

But it’s surely not just the Conservative manifesto black holes that are arousing suspicion. It’s their seven-year-long record. In that time the Conservative government has implemented policies that have badly affected huge swathes of the population. Including, but not limited to, teachers, doctors, nurses, parents, young people and disabled people. And now it seems like the elderly are next on the list.

So, no wonder people are suspicious. And Kuenssberg’s apparent attempt to invoke empathy, or sympathy, for the party and encourage voters to give it special treatment isn’t going to change that.

– Register to vote in the 8 June general election. Deadline is 22 May.