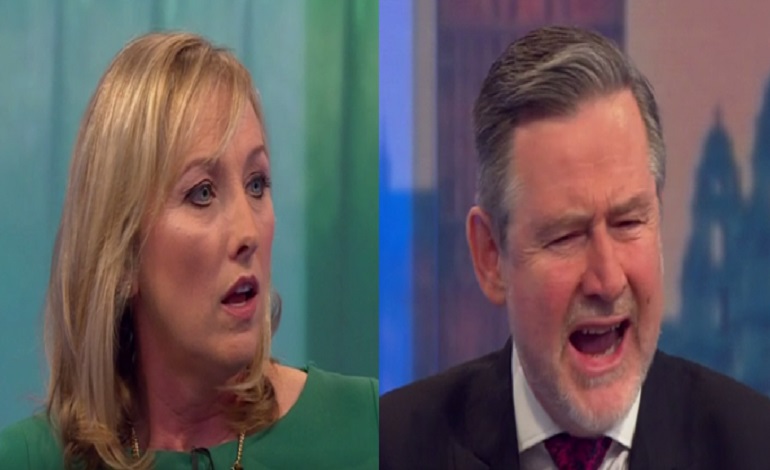 Labour’s Barry Gardiner went on the BBC Victoria Derbyshire show on Friday 19 May to discuss the Conservatives’ proposed changes to social care. And he left the presenter floundering, as he summed up what millions must be thinking about the Tories’ so-called ‘death tax’. That it’s “appalling” and “horrific”.

Host Martine Croxall was discussing, with Gardiner and Lib Dem Ed Davey, the Conservative manifesto proposal to make people with more than £100,000 in assets pay for their own care. Under the Tory idea, pensioners will not have to sell their homes to pay for their care costs while they or a surviving partner are alive. Instead, products will be available allowing the elderly to pay by extracting equity from their homes, which will be recovered at a later date when they die or sell their residence.

But Gardiner nailed in less than half a minute why this policy is so wrong:

Haven’t we already paid for this?

But previously, Gardiner had explained in more detail just why the Tory proposal was abominable:

And Davey also made some important points. He said of the Conservative idea [44.55]:

People who have worked hard all their lives, saving their pensions, bought a house, paid off a mortgage – now, if they’re unlucky in the lottery of life… they’re going to lose all those savings, down to the last £100,000. What the Conservatives have done… [is to] tax people at 100%… I think this is a tax on savings, a tax on death, a tax on inheritance…

Croxall repeatedly tried to offer a counter-argument to the Labour and Lib Dem positions. She asked [45.50] “why shouldn’t people have to pay for their own social care?” because “there’s £100,000 people will be able to keep”. And she also noted that “not everybody will need” social care. But neither politician would let the presenter have an easy ride.

Davey then summed up the situation and revealed what he believes many people are now thinking. He said [45.53]:

When people hear what the Tories proposed, yesterday, I think they’ll think twice about voting Tory…

Other politicians have been quick to critique this Tory pledge. John McDonnell called [10.03] the Tory manifesto a “triple whammy” attack on pensioners. And for a party whose core vote is that demographic, Theresa May is taking a gamble with these policies.

Her “appalling” and “horrific” attacks on the elderly could well see people deserting her party, en masse, at the ballot box on 8 June.