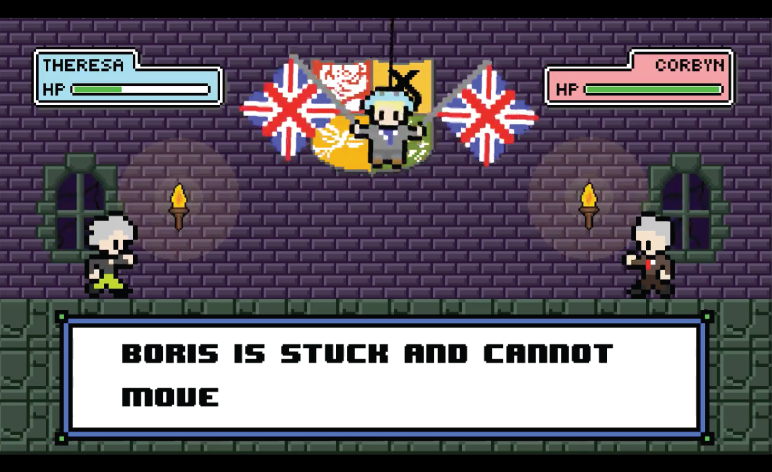 A new video using retro 8-bit graphics is encouraging people to vote. And it shows the Tories as a bunch of money-grabbing, NHS befouling incompetents in the process.

While humorous, the video is somewhat unrealistic. You’d never catch Theresa May walking around without a team of lackeys to protect her from the press or the general public, for a start. You wouldn’t catch her travelling between levels by any means other than helicopter either. And you’d certainly never see Boris Johnson hanging around for that long without making a series of embarrassing gaffes.

While the video is obviously done for laughs, the point about people needing to register is important. And not just important: vital.

There are many constituencies in which increased voter turnout could make a difference:

These are seats Labour are looking to hold. Again, young people shouldn't think they are powerless – they aren't. Register to vote. pic.twitter.com/g4EmGcAS0q

As Studio Colibri, the maker of the video, points out:

In the last election, more people didn’t vote at all than voted for any individual party, your vote matters!

This is why it’s so important that we all register to vote. And also that we encourage friends, relatives, and random people on the street to do the same. Because the difference between change and five more years of Tory hell is people realising that their vote actually matters.

– Register to vote in the 8 June general election!