Margaret Thatcher took away children's milk, Theresa May is coming for something far worse - Canary 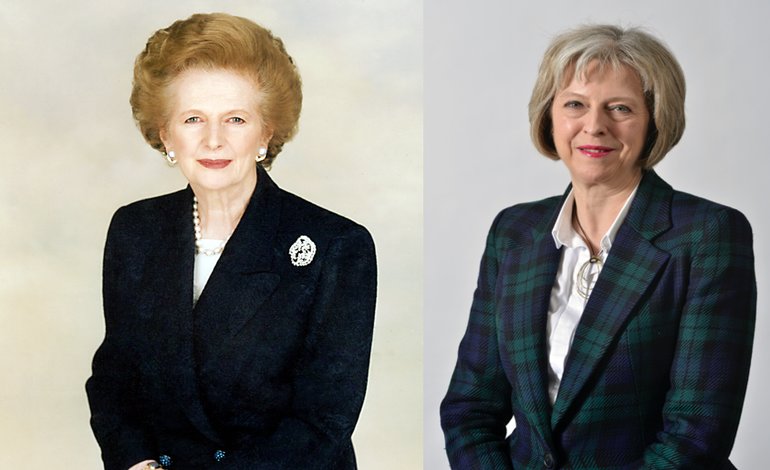 The provision of free school meals has long provided critical support to children from impoverished homes. Because hungry children struggle to learn.

Labour’s manifesto pledges universal free school meals for all children, to remove the stigma of those who currently require means testing. It will be funded by a small tax on private education fees.

In contrast, Theresa May is coming after free school dinners. Pledging instead, a free school breakfast. Conservatives say the policy will be an improvement and increase provision to children, while simultaneously arguing it will save £650m a year. So let’s be clear, this is a cut. In additional to wider budget cuts of 3% on thousands of schools.

Labour leader Jeremy Corbyn reminded voters of the broken promises of the Conservatives on education.

Conservatives promised to protect school spending, but per pupil spending is going down and class sizes are soaring. #ToryManifesto

Margaret Thatcher was known as the ‘milk snatcher’. Theresa May will go down as the lunch snatcher.

Children under Theresa May will go hungry: it is that stark, and that heartless. But she just doesn’t care.

The decision has been met with widespread anger.

Margaret Thatcher only took milk from infant children, Theresa May plans to take their whole dinner.#torymanifesto

The school of hard knocks

The cuts come at a critical time for students and teachers alike. England is facing an education crisis thanks to relentless cuts by the Conservatives. This crisis is so severe that headteachers have been writing to parents to warn them. Helen Williamson, headteacher of Billingshurst Primary School in West Sussex, wrote:

Please realise doing nothing and changing nothing will mean a vastly reduced education system for all children and, I for one, am not prepared to let this happen on my watch without causing a serious fuss.

Please join me in expressing that very loud and clear to those who have the power to give us the resources to ensure a world-class education system that has every child equally at its heart.

The Conservative approach to education has also been condemned by Joanna Yurky, a parent and co-founder of the Fair Funding For All Schools campaign. She told The Guardian:

Theresa May has not kept her promise to parents. Under this government, funding per pupil is going down.

This is having a damaging impact on schools and children across the country. The government seems to be in denial about this. This budget shows the money is available. But instead of investing in hard-pressed schools that are losing staff, increasing class sizes and cutting the curriculum, the prime minister is allocating resources to pet projects that no one voted for.

The Institute for Fiscal Studies (IFS) agrees with the assessment of teachers and parents, confirming that these are the ‘deepest cuts’ to education for 30 years. Ironically, since Thatcher was Prime Minister.

The decision facing voters on 8 June is stark. A fully-funded National Education Service under Labour, or the misery manifesto from the Conservatives. You decide.