Theresa May has paid a lot of money to stop you talking about this. Don't read it. Don't share it. - Canary 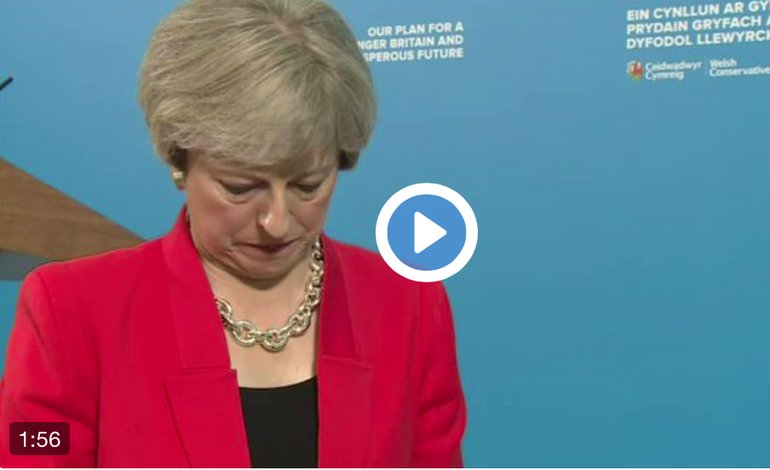 What you absolutely should not do, for example, is bring up the Dementia Tax on social media. Some people are even going so far as to use the hashtag #DementiaTax. Which is the exact opposite of Theresa May’s intention. They clearly haven’t considered the impact all this will have on the Conservative leader. What if it ends up trending? What then?

Margaret Thatcher once said “the lady’s not for turning”. By contrast, May is a spinning top today. Her awkward half U-turn on a policy for which literally no one seems to understand the benefits or costs is killing her party – at the polls and on the doorstep.

Theresa May again denies there is any change to her Social Care manifesto policy, despite having changed it. #GE2017 pic.twitter.com/mIPiU2gM4x

How do the Conservatives plan to fix it? By algorithm.

The party paid for an ad on Google. So if you searched for ‘Dementia Tax’ on Google, the Conservatives topped the search list with an article entitled:

The so-called ‘dementia tax’ – Get the real facts – conservatives.com

But things went wrong fast. Because people noticed, and started telling everyone else.

The Labour Party heard the news and responded quickly. It created its own ad, which promptly knocked the Conservatives’ ad into second place. 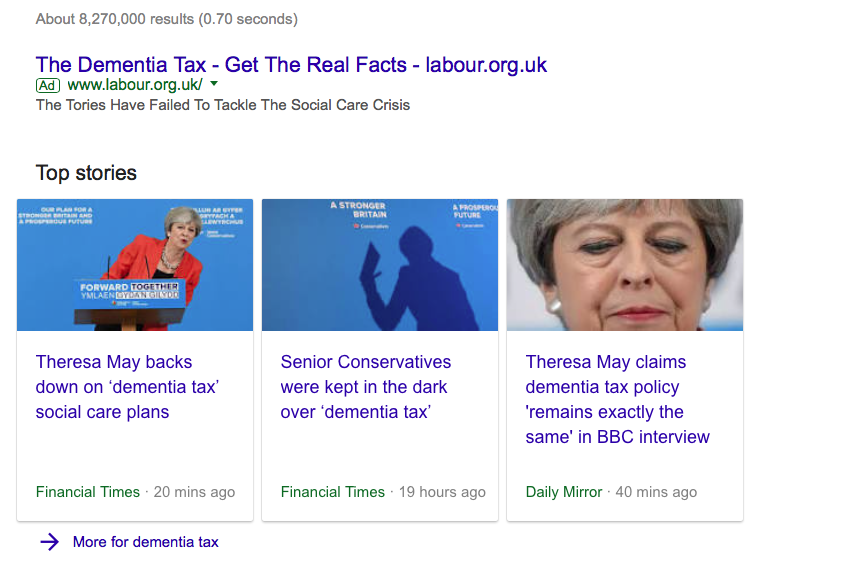 So please, stop it with the Dementia Tax

The Conservative Party has paid a lot of money to ensure no one talks about the Dementia Tax. So for goodness’ sake, please don’t share this or bring it up on social media. Think about what an awful message that would send to Theresa May. It would be like she couldn’t rely on you to relentlessly parrot her messages or follow basic instructions.