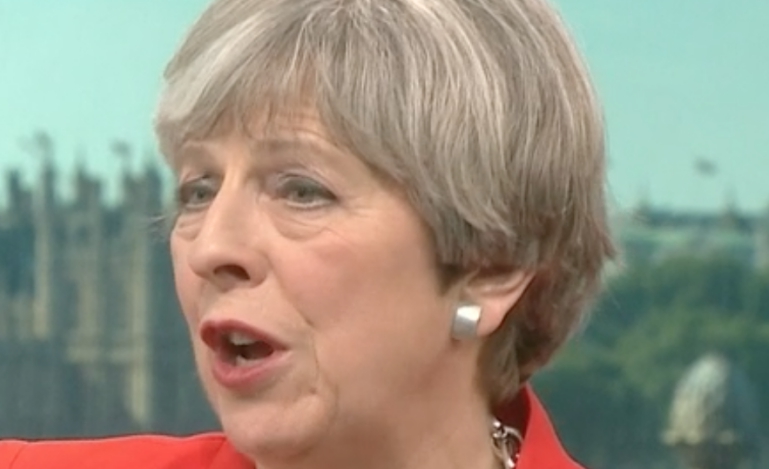 Theresa May’s interview with Andrew Neil was a car crash from beginning to end. But it took the Prime Minister less than 30 seconds to show exactly why voters can’t trust her. And it could cost her the election.

Responding to a question about failing to meet immigration targets, May asserted that the election was about trust:

They have to decide. Because it’s only going to one of two people. It’s either me or Jeremy Corbyn. And the question for everybody on 8 June is who do they trust to get the deal for the UK.

But Neil then highlighted the fact that the Conservatives had failed to deliver on previous pledges on immigration and the deficit. In both areas, the party has failed to meet its promises. He stated:

The Conservatives promised to end the budget deficit by 2015. It’s now going to be 2025 at the earliest. You promised to reduce migration to the tens of thousands. It’s still 273,000. On these two big issues, you’ve failed to meet your promises. Why would we trust the Tories on anything else?

As I say, the election will be about trust.

Which was a strange response, given that Neil had just pointed out why people couldn’t trust the Tories.

The verdict on social media was that the whole interview was a car crash. May failed to give any answers. From admitting she didn’t have a clue which pensioners would lose their winter fuel allowances to refusing to rule out increases in taxes and National Insurance, it was a disaster from start to finish:

Theresa May on #andrewneil was all over the road. If she is allowed to negotiate #brexit it's a car crash for Britain

Based on #ANInterviews, I wouldn't trust May to negotiate my Domino's meal deal, let alone EU trading relationships #bbcelection #AndrewNeil

Unlike some elections this country has faced, when the choice has been between an assortment of political liars, this election is about trust. And voters have a choice between Jeremy Corbyn, who has acted with integrity his entire political life, and Theresa May, who has lied repeatedly, U-turned frequently, and is apparently scared of meeting real voters (let alone facing a live debate with Jeremy Corbyn).

But if that isn’t enough, NHS staff, teachers, and even the police are telling us that the Tories are failing them. Police officers and nurses are reportedly having to use foodbanks. And now, May is coming after pensioners. She will not say who will be targeted, but it is likely that thousands, if not millions of people, will be affected.

So yes, Theresa May is right for once. Trust is an important issue in this election, and the stakes couldn’t be higher. But highlighting this issue could lose May the election. Because people are not fooled so easily, and it’s very clear from her record that she doesn’t appear to even know what the word means.