Jeremy Hunt told voters the last thing his party wanted them to hear, live on the BBC - Canary Workers’ Co-op 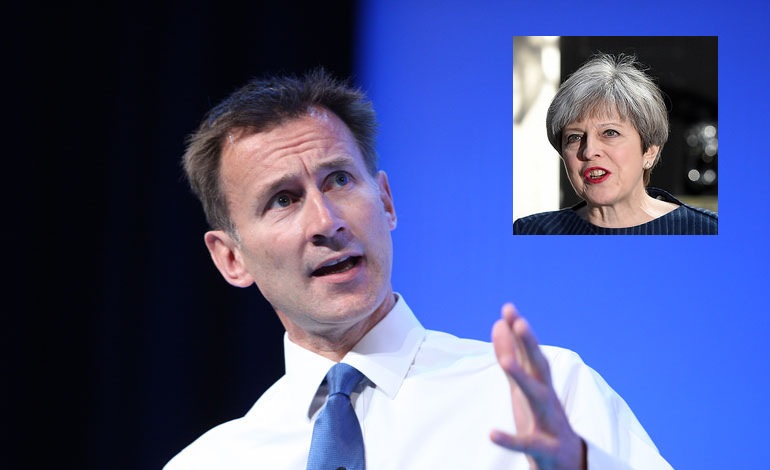 The BBC‘s Today programme interviewed Health Secretary Jeremy Hunt on 31 May. And in the discussion, Hunt let slip how his party could argue for the end of the NHS.

The press have paid next to no attention to this revelation. But it could severely hurt the party, coming just nine days before people head out to vote.

Hunt tried to drag the BBC interview focus to Brexit. He argued that we need a strong economy in order to invest in public services, and that getting a good Brexit deal would help build that strong economy. This is, of course, a far cry from what the Leave campaigns suggested during the referendum process. They claimed that, by leaving the EU, we would automatically have bundles of money – £350m a week to be exact – to reinvest in the NHS.

He then talked about Theresa May’s proposal for social care. Namely, that the government will siphon off any care costs accrued during a person’s elderly years from the value of their estate once deceased, should that estate be worth over £100k. Justifying this policy, Hunt said:

What Theresa May is saying is that it is not sustainable to fund a growing older population from the tax receipts from a shrinking younger population.

As far as the NHS is concerned, it is absolutely vital that [a good Brexit deal] happens. Because in the end, if we want to have the safest, highest quality healthcare service in the world, then a modern, Conservative government wants to be able to invest in that.

So according to Hunt, using “tax receipts” to take care of the health needs of citizens in their elderly years is no longer possible. And a Conservative government would only “be able to invest” in the NHS if it gets what it considers a good Brexit deal.

Well, that’s our universal healthcare system, free at the point of use, on quite precarious grounds then. Under the Tories, that is.

And we will do that not by selling off land and selling off buildings as Theresa May’s proposing with the Naylor report, but by investing in the NHS infrastructure through our investment fund.

May has committed wholeheartedly to the Naylor report [pdf], which lays out proposals for investment in NHS infrastructure. In a recent interview with the BBC‘s Andrew Neil, May suggested that a commitment to this report’s recommendations would see an extra £10bn put into the NHS by her government.

This is, however, false. The Naylor report says [pdf] that, in order to “rebuild” NHS infrastructure to “meet modern standards”, the health service should get rid of £5.7bn worth of its assets. It urges [pdf] the government to forcefully incentivise the NHS to sell off these assets so the proceeds can be reinvested in what’s left. The incentives it recommends [pdf] are withholding capital funding from health entities that don’t sell off assets quickly enough, raising government charges for those that choose to retain assets and bribing the NHS to sell with a “2 for 1” offer. That means the government will match the money raised through a sale for trusts that do so.

The Naylor report says [pdf] this ‘rebuilding’ programme will take £10bn to carry out. It states [pdf] that this funding will come “through property disposals, private capital (for primary care) and from HM Treasury”. So no £10bn ‘investment’ from the government, then.

The Tories say we need a strong economy to invest in our services. And for seven years, they’ve lowered the “tax receipts” taken from corporations and the wealthy because they say it will help build that strong economy.

But that’s not what’s happening. The Tories now admit that the ‘strong economy’ they’ve built can’t take care of the elderly. That the tax it’s currently taking in isn’t enough. And Hunt has moved the goalpost on the NHS, saying that only a good Brexit deal – not no deal – can allow the government to invest fully in it.

Labour’s offer is different. It wants to raise taxes on corporations and those with over £80k per year earnings to fund these services. It says “that would be good for all of us”. And in a country where the richest people have increased their wealth by 155% since 2009, bringing an “us” into the equation couldn’t be more timely.