This Tory campaign video is so very wrong. But we just can’t stop watching it. [VIDEO] - Canary 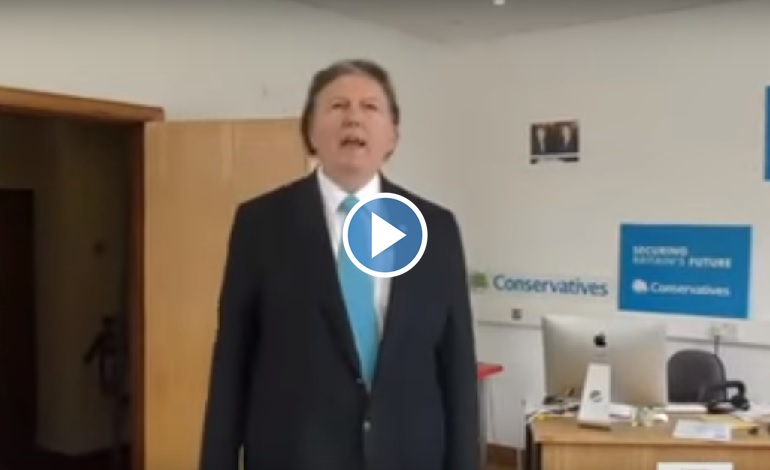 One Tory candidate has launched a campaign video. And it is so incredibly wrong. On so many levels. But for some reason, we just can’t stop watching it.

Greg Knight was elected Conservative MP for East Yorkshire in 2001. He was re-elected in 2005, 2010 and 2015. But he’s no ordinary MP. He’s also one who apparently can’t get enough of a good jingle. Along with meaningless Tory buzz-phrases, obviously.

Anyway, here’s the video. Make sure you watch right to the end, though. Because that’s where all the magic happens.

It’s apparently not the first time Knight has sought to win people over through song, either:

Bit like an indie fan moaning about preferring the early stuff, but think Greg Knight's longer 2010 jingle is better https://t.co/nrvPKjXh9Z

Knight’s record as an MP, however, is less hilarious. He has voted for military interventions abroad; in favour of the bedroom tax and welfare cuts; against guaranteeing jobs for unemployed young people; in favour of reducing corporation tax and against raising taxes for the highest earners; against measures to prevent climate change; and in favour of privatisation.

In other words, if that video wasn’t enough to encourage the good people of East Yorkshire not to vote for Knight, his voting record just might.