Theresa May is trying to crush a revolution. Here's how we know she will fail. - Canary 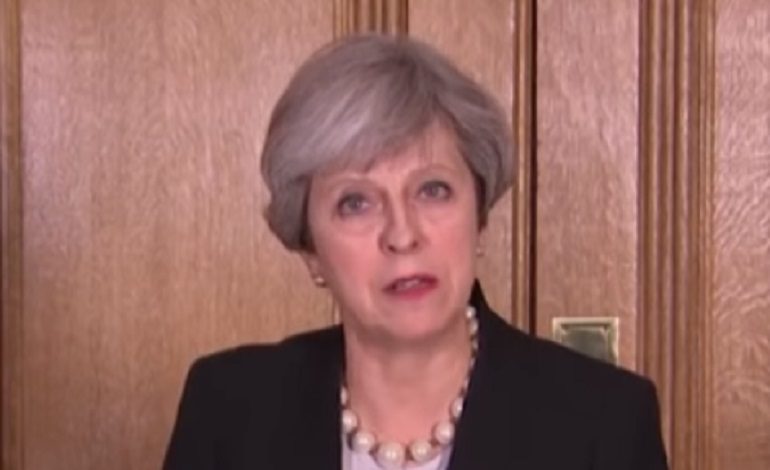 They don’t care, they said. They’re too lazy, they said. But the self-aggrandised pundits were wrong. Voters aged 18 to 24 reportedly smashed predictions on their turnout to the ballot box. And they did it fighting. For their futures.

Whatever happens next, one thing is certain: this election has changed the political landscape of the country for the foreseeable future, and shown that huge swathes of the country want a government that works for the many.

Corbyn’s got the young vote

Jeremy Corbyn’s popularity among the youth never went unnoticed. But it was dismissed. It only took one Tory MP to call them lazy for Guardian journalist Owen Jones to lay down a gauntlet.

Under 30? This is what a Tory MP told Huffington Post. You going to take that? pic.twitter.com/PglDZMM2tj

And the #Grime4Corbyn movement wanted to leave nothing to chance, as artist after artist came out in support of a man who spoke for the disenfranchised:

Funniest part for the Tories is that rappers actually influenced the outcome & NO ONE can deny this! @JmeBBK @Stormzy1 @Novelist & Lowkey

But truth be known, no one needs to tell a young man or woman to exercise their right to vote. They just need to know there’s something worth voting for. That’s why political apathy among the young is a myth. And the old tactics of undermining their intelligence and underestimating their mobilisation can go out the window.

They can expect to rack up debts of around £10k on university tuition fees. The Education Maintenance Allowance is no longer available for 16-to-19-year-olds to help with further education.

A consistently low minimum wage and even living wage provides barely a life at all. And it’s young people who are most likely to end up on zero-hour contracts, which often leave people struggling on income below even these margins. This – coupled with a housing crisis, with less available social housing, less available affordable housing and the average property price spiralling far out of reach of even those on an average wage – provides little aspiration or faith that politics is going to change that.

If you feel no matter who’s in charge you’re still going to struggle anyway, you’re not really bothered about what’s going on in 10 Downing Street.

But they would care when someone is promising to tear up the very policies that are shafting them.

Early indications from the NUS are that voter turnout could be as high as 72%, although official figures haven’t confirmed that yet. But that figure would suggest that 18-to-24-year-olds could actually be over-represented this time among overall turnout – around 68%. Even if it’s just at the 53% that the NME exit polls suggest, this is still a huge leap from 2015, where voter turnout among 18-to-24-year-olds was around 43%.

It just goes to show political apathy is a myth. Show people real change and they’ll grab hold of it with both hands. Try and stop them, as happened in Newcastle-under-Lyme and other university towns, and they’ll just come back.

Also a special mention to those students at Newcastle-Under-Lyme who, after being refused the right to vote, returned and won it for Labour. pic.twitter.com/N2ldhV7Uwd

Politicians can no longer dismiss the needs and wants of young people. Our youth just stood up and made sure they were counted. And this engagement can only be a good thing because, with a Conservative/DUP deal on the cards, we’re all going to have to come together and fight.