While Theresa May scrabbles for power, Jeremy Corbyn has sent a message direct to the British people [VIDEO] - Canary 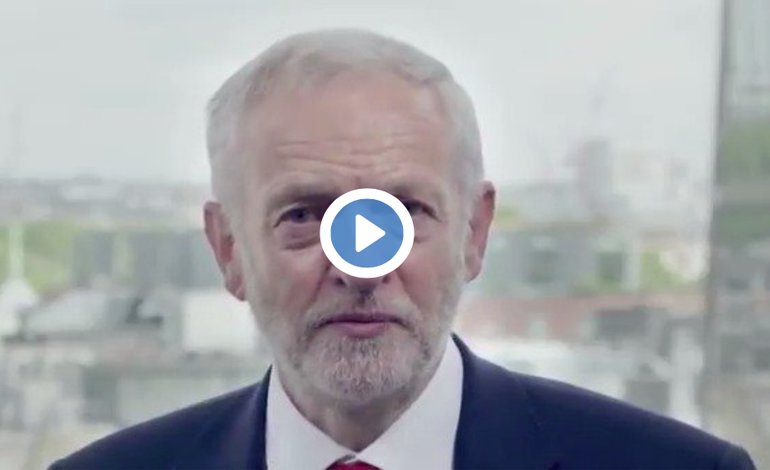 Theresa May has failed to secure the 326 seats required to secure a majority and form a government in the 2017 general election. And while she attempts to cling to power with backroom deals, Jeremy Corbyn has sent a message direct to UK voters.

The Labour leader outperformed the predictions of every pundit, pollster and politico prior to election night. Theresa May called the election expecting a historic landslide, and concluded by losing her party’s slim majority. Meanwhile, Labour won its biggest vote share increase of any election since 1945. The final results were: 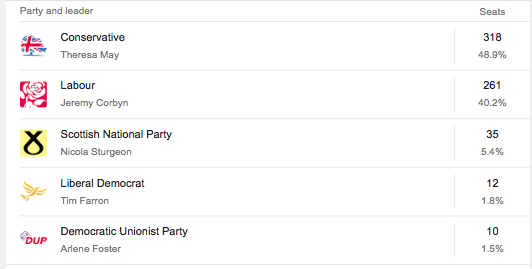 Corbyn’s Labour outperformed Ed Miliband in 2015, Gordon Brown in 2010, and won a higher share of the vote than made Tony Blair Prime Minister in 2005. And Corbyn’s Labour did it with an almost universally hostile print and broadcast media.

It was this message that Jeremy Corbyn delivered direct to voters on Friday morning. Beginning by thanking everyone who gave Labour their vote, the Labour leader said:

Theresa May called this general election in her party’s interest, not in the interests of our country.

Corbyn concluded that the Conservatives now had no mandate for hard Brexit, continued austerity, or their manifesto pledges to scrap free school meals and cut funding to public services.

.@Theresa_May thought that with the backing of the billionaires and the corporate elite, she could take your vote for granted. pic.twitter.com/JpazODKMEA

It cut a sharp contrast against the scramble for power taking place entirely behind closed doors in Downing Street. In order to retain power, Theresa May has done a deal with the Democratic Unionist Party (DUP) of Northern Ireland. And the DUP is one of the most regressive parties in the UK.

While Sinn Fein and other parties have attempted to lift the ban on same-sex marriage, the DUP blocked equal marriage rights for same-sex couples in Northern Ireland. But this should come as little surprise from the party whose former leader ran the ‘Save Ulster from Sodomy‘ campaign, opposing the decriminalisation of homosexuality in 1977. And as recently as last year, DUP politician Trevor Clarke stated in the Northern Ireland Assembly that he didn’t know heterosexuals could get or transmit HIV.

And when it comes to women’s rights, the DUP is equally regressive.

Despite 70% of voters in Northern Ireland backing a change in abortion law, DUP leader Arlene Foster vows to retain the almost total ban on terminations. Including in cases of rape and incest. And this, despite a High Court ruling which found forcing women to persist with pregnancies borne of sexual violence is ‘incompatible’ with their human rights.

As openDemocracy describes, the party also has “strong historical links with Loyalist paramilitary groups” which have been involved in acts of terrorism.

This is the party that Theresa May is doing a deal with, in her desperate bid to stay at Number 10 Downing Street.

The fight is not over

But this doesn’t have to be a done deal. It is clear that Jeremy Corbyn and the Labour Party are willing and able to form a government if the DUP deal is scrapped. Just as the public defied the billionaire press to kill off the Conservative majority, they can now apply the necessary pressure to thwart their plans too.