Jeremy Corbyn won a historic victory. But you wouldn't know it from this BBC interview - Canary 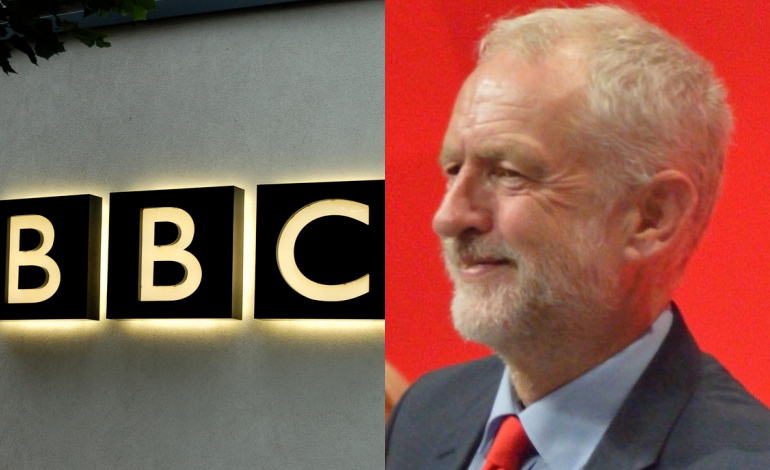 Jeremy Corbyn won a historic victory on 8 June. His party won the seat of Kensington. The first time this seat has ever been won by Labour since it was formed in 1974. Corbyn further made history by gaining the biggest swing in Labour’s vote share since 1945.

But this wasn’t enough for the BBC. Despite New Labour hard hitters lining up to admit they were wrong about the Labour leader, the broadcaster’s Today programme scraped the barrel to find a Labour MP who still wants to sow division in the party. And it then turned his interview into an article on its website, maximising exposure for his views.

It was also consequently picked up by other media outlets.

We shouldn’t pretend that this is a famous victory. It’s good as far as it’s gone, but it’s not going to be good enough.

Leslie further put the boot in stating the election was an “open goal”. He said:

you’ve got to convince them [voters] of your credibility and that you can move from protesting about the government to being in government.

But Leslie also said that Corbyn had run an “effective campaign”.  Following the interview, the BBC published it as an article on its website with the headline:

The headline could equally have been “Labour run an effective campaign, Chris Leslie says”. But that obviously wouldn’t fit with the broadcaster’s agenda.

The problem for the BBC, however, is that many of Corbyn’s most prominent critics are now admitting they got it wrong. Peter Mandelson stated:

I was wrong [about Corbyn]. I am very surprised, an earthquake has happened in British politics and I did not foresee it.

I was clearly wrong in feeling that Jeremy wouldn’t be able to do this well. And I think he’s proved me wrong and lots of people wrong and I take my hat off [to him]…

And a number of other Labour figures have made similar statements.

It’s extraordinary then that the BBC still managed to find someone to speak to from the Labour Party to try to sow the seeds of dissent.

Of course, the BBC should interview people who are critical of Corbyn. This should be how a ‘neutral’ broadcaster works. But who it chooses to interview is crucial. There are plenty of Conservatives, Lib Dems and general pundits who criticise Corbyn.

Mandelson famously said that “I work every single day in some small way to bring forward the end of his tenure in office”. But when even he can admit he got it wrong, it really is telling that the BBC couldn’t resist wheeling out a Labour figure to criticise Corbyn.

Corbyn’s gains weren’t enough, of course, to win the election. So, we’re now facing a coalition of chaos with May and the DUP. And there’s a long fight ahead. But considering the Tory landslide that was predicted when May called the election, what Corbyn and everyone who supported him achieved was historic. And this must not be forgotten.

One thing this election has proved though is that many think the BBC and most of the mainstream media are “not good enough”. Because despite the relentless media attacks on Corbyn since 2015, millions still voted for him.