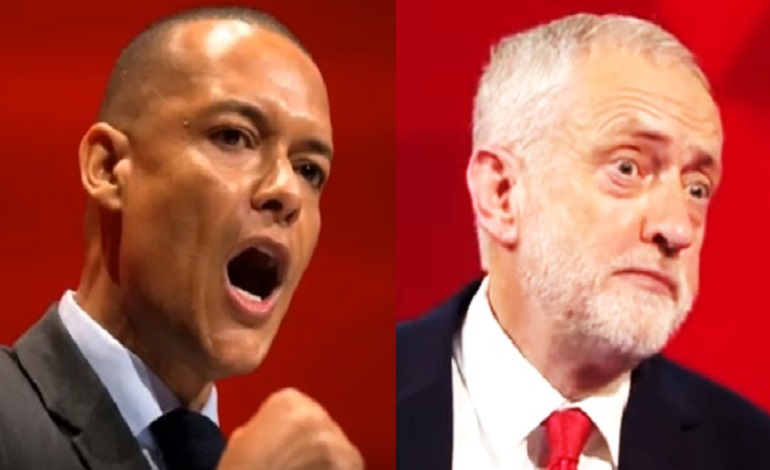 Labour MP Clive Lewis issued a stark warning to those within the party who seek to undermine Jeremy Corbyn. And while he directed his message at one dissenting MP, it serves as a reminder that there are still those who want to see Corbyn fail.

The chickens are back

Lewis was speaking on BBC Radio 5 Live about former Shadow Chancellor Chris Leslie. On 10 June, Leslie said that Labour should have won the election, stating it missed an “open goal”:

We shouldn’t pretend that this is a famous victory. It is good, as far as it’s gone, but it’s not going to be good enough. Five years of Conservative government: I just can’t, I’m afraid, be a cheerleader for that particular outcome because this was an open goal for all of us. We should have been getting in there.

Leslie went on to say that the party had never faced a more “beatable”, “brittle” PM in May, and indicated he wouldn’t be willing to join the shadow cabinet if Corbyn asked.

But this clearly incensed Lewis. As live on air, he branded him a “sad, lonely, bitter man”. And he sent a warning to others that there will be “no truck for people like him to carry on being disloyal”:

Lewis’ comments come as other Labour Party figures came out to criticise Corbyn. On Sunday 11 June, Lord Mandelson backtracked on a previous admission of error regarding Corbyn. Writing in The Daily Mail, he said:

Mainstream Labour MPs, who worry about the impact of the continuing Corbyn revolution on centrist voters, should be prepared to stand by the wounded PM, and likewise she should welcome their approach in the national interest.

Knife him in the side?

And Labour MP Jess Phillips only managed a half-baked admission of error in undermining Corbyn. Writing in The Guardian, she said:

For those of us who always worried about Jeremy Corbyn’s electability, it is time to stand up and say that we got some of that wrong. There will be a number of different reactions from my colleagues… who doubted Corbyn… The group I will be in is the one that recognises that we didn’t win this election, but we are on the way to winning the next one if we get it right. I will never be a blinkered cheerleader of anyone (ask my kids), and while I got his electability half wrong I would be doing him and the country a disservice by donning the white robes of worship and ignoring my concerns.

But while some people in Labour still don’t believe in Corbyn, the figures speak for themselves:

Infamy! Infamy! They’ve all got it in for me…

Despite all of this, some within Labour cannot accept that Corbyn’s programme has proved to be the right one for the party. Blinded by self-interest, they still seek to undermine the leader even in the face of growing evidence. And it’s this that Corbyn needs to be wary of when selecting a Shadow Cabinet. Reappointing MPs like Chuka Umunna and giving positions to the likes of Yvette Cooper may seem like offering an olive branch. But in reality, the question needs to be asked: can these people really be trusted to support Corbyn 100%? It depends on whether you think a leopard ever changes its spots. And with the momentum still firmly behind Corbyn, it may not be worth the risk of allowing Labour’s leopards to get their claws stuck in.