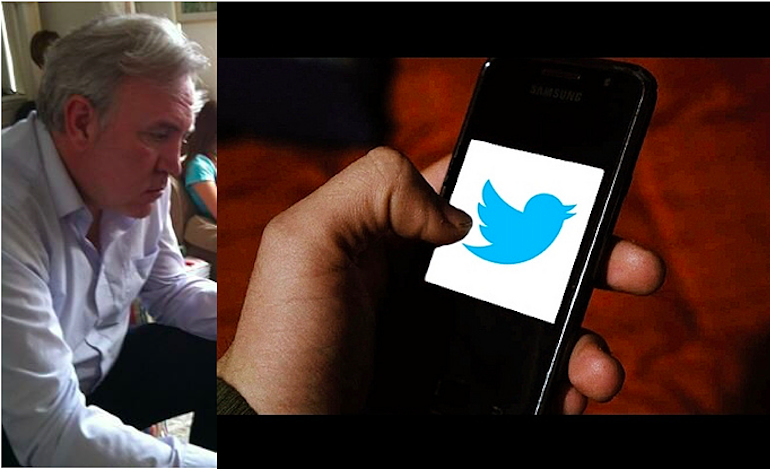 A Conservative MP has called someone a “dick” on Twitter after they suggested a Tory coalition with the Democratic Unionist Party (DUP) was bad for the Good Friday Agreement. But the outburst, perhaps another sign of the Tories losing grace under fire, has received criticism. Making him look like the abrasive one.

“It’s not a coalition you dick”

The response of Conservative MP for Poole Robert Syms came after Twitter user @youlittlequilt pointed out that the Tories could be in breach of the Good Friday Agreement should they go into coalition with DUP.

In response, Syms said “It’s not a Coalition you dick”:

It's not a Coalition you dick

The language used by the Conservative MP startled a number of users, including @youlittlequilt who referred to its questionable professionalism:

Clearly Mr Syms didn't get the memo, there's going to be another ge soon and that comment will affect your majority you dick #ToxicTories

Others pointed out the problematic aspects of any deal with the DUP:

Syms explained his comments to The Bournemouth Echo: “I was replying to a tweet by someone with a picture of Corbyn (not Jeremy Corbyn who I have respect for) and a journalist called Tim Harcourt who were spreading fake news”. He added that he was “just pointing out that the agreement is not a coalition, which they were alleging”.

What is it, then?

The Conservatives are currently in discussion with the DUP about coming to a ‘confidence and supply’ agreement. The Conservatives won 318 seats in the general election, but need 326 seats to form a majority government.

The DUP have agreed in principle to forming a pact with the Tories and backing big policy votes, like the budget, but not on the five-year policy plan of the Tories. So it would differ greatly from the Tory-Lib Dem Coalition in 2010.

But former Conservative Chancellor George Osborne has suggested it may still be problematic. Because the DUP may insist on negotiating prior to giving their backing on votes.

And past agreements such as the Liberal and Labour Party pact of 1977-1978 have failed due to disagreements on key policy areas, particularly economic policy. The 2007 Scottish National Party (SNP) agreement with the Scottish Greens also fell short of expectations. But at the same time, a confidence and supply arrangement is currently running in the Republic of Ireland.

In any case, the DUP is much maligned for its hard-right stance on social issues, as well as its known links to Ulster loyalist paramilitary groups, which the British government classed as terrorists during ‘the troubles’. And in exchange for its support on crucial votes, it is likely to want extra financial support and no referendum on Irish unity.

Taoiseach Enda Kenny, the Republic of Ireland’s Prime Minister, has raised concern over the Tory-DUP deal:

Kenny thinks the 1998 Good Friday Agreement could be at risk. The agreement outlines power-sharing for the Northern Ireland Executive and commits the UK government as an honest broker. But it is hard to foresee how Westminster can remain impartial while going into an alliance with one side of the fence. Theresa May’s government could therefore be breaching the agreement in spirit, if not by letter.

So even if the DUP-Tory arrangement is not a coalition, it is a weak and unenforceable deal. And it could spur the country into a lot more instability. Not least risking the Northern Ireland peace process.

But the Tories know this, which is perhaps why they are getting quite noticeably rattled.