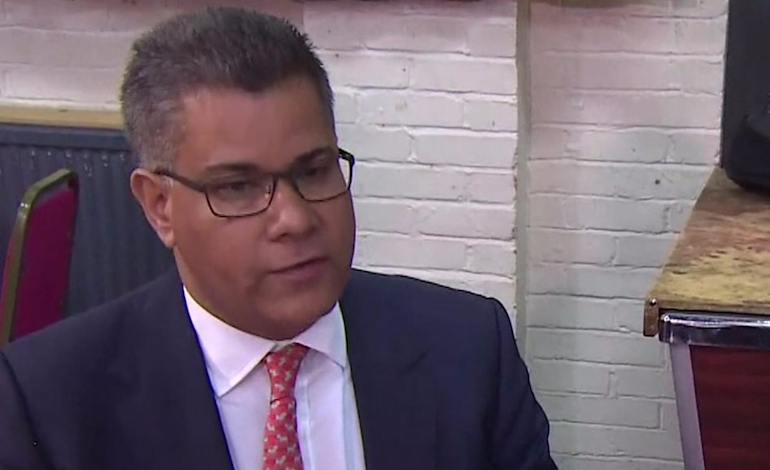 As angry Grenfell residents confronted Housing Minister Alok Sharma on BBC‘s Victoria Derbyshire show, an analysis by The Canary reveals that the guidance by the construction industry and government on cladding and insulation appears to be contradictory. Or at best, confusing and open to misinterpretation. And this might partly explain why the Grenfell Tower tragedy happened.

This analysis complements an earlier, comprehensive review of the evidence previously published by The Canary; and a subsequent update of that review.

Meanwhile, local authorities are now testing their cladding. And hospital and school buildings are also being examined. All this explains why Camden Council decided to evacuate 800 of its residents from four tower blocks; and why more than 17,000 care homes, private hospitals and hospices are going to carry out checks on the safety of their buildings.

Grenfell residents finally got the opportunity to confront Sharma MP on the BBC‘s Victoria Derbyshire show:

On 26 June, former Housing and Fire Minister Brandon Lewis MP was challenged by Channel 4 News journalist Krishnan Guru-Murthy about why so many tower buildings failed safety standards. But he refused to answer, deferring instead to the forthcoming inquiry.

But this is screamingly obvious. It is staring you in the face.

To date, the focus has been on the type of cladding material used on the tower block. But on 23 June 2017, the police confirmed that small-scale fire tests had been carried out. These were not only on the Reynobond PE cladding used, but also on the Celotex insulation. And both products had failed on 95 properties.

The insulation was more flammable than the cladding. Tests show the insulation samples combusted soon after the test started.

But Celotex states that the RS5000 insulation, which was used for the Grenfell Tower:

Has been tested to BS 8414-2:2005, meets the requirements in BR 135 and (sic) the first PIR insulation suitable for rainscreen cladding applications above 18 metres in height

Clearly, there is some variance at play here.

Richard Hull, Professor of Chemistry and Fire Science at the University of Central Lancashire, explained that this particular type of insulation can emit hydrogen cyanide in the event of a fire; and that this could have contributed to some of the injuries seen in the victims of the fire. Indeed, a Celotex data sheet confirms [pdf] that, in reference to RS5000, “As with all organic materials, toxic gases will be released with combustion”.

Since the Grenfell fire, Celotex has said:

In addition to checking the product guidance issued by Celotex for its insulation material, and Arconic for its Reynobond PE [pdf] cladding, contractors are expected to adhere to the building regulations.

But the building industry has its own guidance. For example, the Building Control Alliance guidance [pdf] offers contractors four options. These range from active to ‘passive’: the use of materials with “limited combustibility”, or the submission of test evidence, or a “desktop study report”, or a “holistic approach”.

Omnis Exteriors, who fabricated the panels and windows for Grenfell Tower contractor Harley Facades, also quotes these options but neglects to quote the fourth one.

For me, the cladding and the cladding systems would have bypassed any of the passive fire protection systems in place…We have strong concerns that some of these desktop studies are not as rigorous as they should have been…

In a further development, Arconic announced it has banned Reynobond PE worldwide. The obvious question is that, if the product is now deemed no longer viable, why was it ever supplied?

There are many more questions that need to be asked.

For example, why was the building regulations review not implemented? And who in government was responsible for that failure? Also, did the manufacturers of Reynobond PE cladding make it clear to contractors that the cladding should not be used on high-rise buildings? And prior to signing off the refurbishment project, did the fire officer, the architect, the building compliance officer, and other relevant authorities ensure materials selected were the correct type?