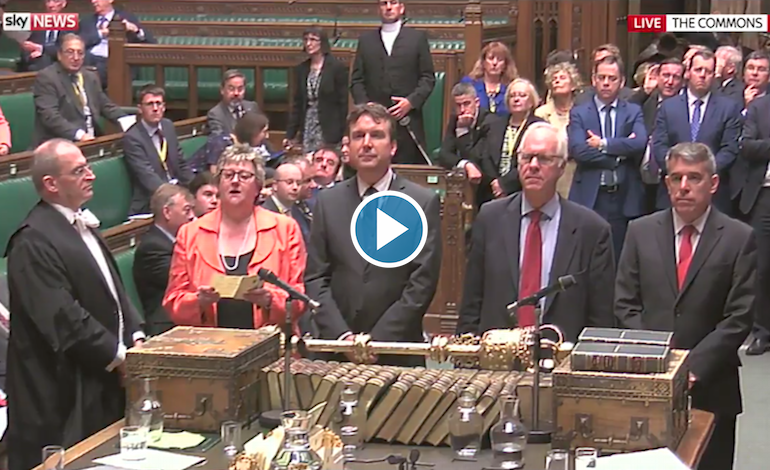 On 28 June, Jeremy Corbyn’s Labour Party tried to give five million firefighters, nurses, teachers, police officers and other public sector workers a much-needed pay rise. The party tabled an amendment to the Queen’s speech which, had it passed, would have scrapped the public sector pay cap. But Conservative and Democratic Unionist Party (DUP) politicians teamed up to vote it down. And they even cheered as the results of the vote were read out:

MPs vote to reject Labour's amendment to the Queen's speech calling for public sector pay cap to be lifted, by 323 votes to 309 pic.twitter.com/AXkNseH99p

For most of the past seven years, pay rises for public sector workers have been capped at 1%. Many workers have found themselves forced to use food banks as a result. But Labour’s amendment could have ended all that. It called on the government:

to end the Public Sector Pay Cap and give the emergency and public services a fair pay rise.

Instead of passing the amendment, MPs voted down the motion by 323 votes to 309. After securing a £1.5bn bribe with taxpayers’ money, not a single DUP MP – or Conservative MP – voted in favour of the amendment. Not only that, but many cheered as the results of the vote were read out.

The outgoing leader of the Liberal Democrats, Tim Farron, said:

This evening, the DUP have stood alongside their Tory paymasters cheering at the fact that they have withheld more pay for our police, our firefighters, our nurses and our teachers. Shame on them.

While the money is there when the Conservatives need it to keep themselves in office, the rest of the country now face more devastating cuts to our emergency and other vital services.

Earlier in the day, Theresa May had performed not one but two U-turns on public sector pay. First, a Conservative spokesperson suggested the government would review the pay cap. But later, a spokesperson insisted “our policy has not changed”.

And when push came to shove, every single Tory and DUP MP voted against giving firefighters, teachers, nurses and police officers a pay rise. If an election comes as soon as some think, that may be a decision they live to regret.