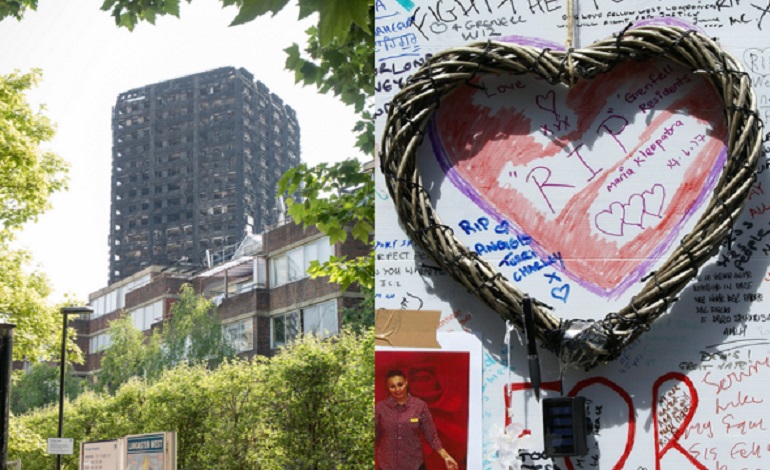 Residents of Grenfell Tower have taken matters into their own hands to try and piece together the number of victims and survivors of the fire. Amid speculation of a “cover-up” by police and authorities over the true death toll, residents say that the landlord of the tower block where 79 people have so far been confirmed as being killed are “not willing to help” them.

Taking matters into their own hands

Groups formed in the wake of the fire are attempting to gather evidence which may point to the true number of victims and survivors:

Sajad Jamalvatan, a biomedical engineering student who lived on Grenfell Tower’s third floor, told The Guardian that he didn’t think the tower block’s landlord, Kensington and Chelsea Tenant Management Organisation (KCTMO), was “willing to help them”:

We were expecting… [KCTMO] to do this list for us, but we don’t think they are willing to help us… They don’t want to face 400 people in a room. They prefer to deal with us individually.

Ishmahil Blagrove from Justice 4 Grenfell said he believed that because the fire happened during Ramadan, undocumented people may have been inside visiting family and friends:

There are people who are still missing, people who are undocumented, we are unhappy with the 79 victims who have been recorded by the media and the police… We want to do some probing to find out how accurate that figure is and give them something that reflects a fuller picture.

Sadly, the nature of injuries caused by such an intense fire will mean the identification process will take some time. But it would also be deeply distressing for families for us to release wrong information.

But there is mounting speculation among locals that a ‘cover-up’ of the death toll may be being carried out by police, the council and other authorities. In a series of tweets on Monday 26 June, Labour MP for Tottenham David Lammy explained that, while he has never said there is a cover up, there is a “growing suspicion in the community” of one:

There has been no update on a) the death toll b) number of survivors or c) number of people in Grenfell Tower for over a week (8 days)… I have never said that there is a cover up. But I have listened to the survivors and the community. I hear their concerns. I have listened to them explain how 79 is an impossibly low number. How they want some closure so that they can begin to grieve.

There are lists that can be used to estimate how many people were there… Mobile phone companies, local schools, local GP surgeries etc will assist. What are the authorities doing? They need to tell us ASAP. The truth is that the authorities have lost the trust of the community. Making an effort to work out how many people were in Grenfell would be a good first step. The community was let down over Grenfell and they feel let down again by the lack of info on numbers.

“No one has told us anything”

But suspicion still remains that the death toll from the fire is actually a lot higher. As one anonymous resident told The Guardian:

No one has told us anything about who survived. It seems very strange… I know exactly how many people there were on my landing. We were a stable, well-formed cohesive community. That’s what makes it so strange that they haven’t done a list of residents.