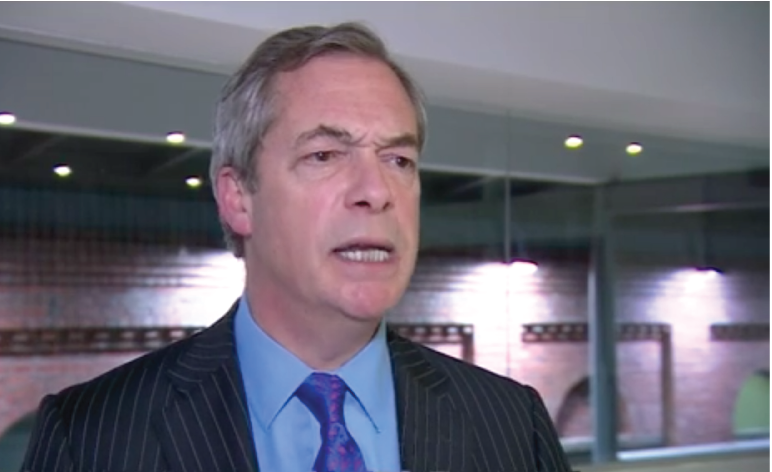 There have been numerous attempts to brand Jeremy Corbyn and his Labour Party as ‘Marxists’ or ‘communists’. One of the reasons why these accusations aren’t landing traction amongst young people is because the internet allows them to actually look up what words mean. Which is why Nigel Farage’s direct call for Corbyn supporters to do that backfired:

Have this lot had a look at what they're actually supporting? Google 'Marxism'. #Glastonbury pic.twitter.com/2X30SviHME

Farage’s tweet led to a spike in search interest for ‘Marxism’:

Karl Marx’s Communist Manifesto is also topping the Amazon bestsellers’ list. This is for the Penguin paperback edition:

This is for the Kindle free edition:

The second chart being the most important. As everyone knows that Marxism stands in opposition to capitalism. So distributing the manifesto for free gets five Morning Stars out of five, which as everyone knows is: 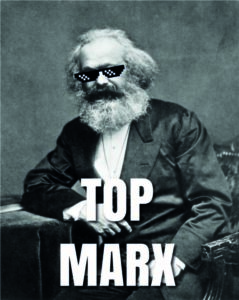 If there’s one thing that the 2017 general election has shown, it’s that lazy smears aren’t as effective as they used to be. If you call Jeremy Corbyn a Marxist, people will look up what that actually means; people will write articles about it; people will share findings amongst themselves.

What they’ll discover is that Marx actually had some pretty good ideas, and that Corbyn quantifiably isn’t a Marxist. As Another Angry Voice writes:

In reality, hard-left people who have anarcho-communist or Marxist tendencies are extremely dismissive of the social democratic idea that the excesses of capitalism can be mitigated through corporate regulation and socialist policies (like operating health services, public transport and energy infrastructure as not-for-profit public services). Very left-wing people are usually very dismissive of social democracy because they see capitalism as essentially unreformable…

It’s certainly fair to argue about whether anti-capitalists have a valid point about capitalism being unreformable. What it’s completely unfair to argue is that Jeremy Corbyn, his cabinet, and the majority of his supporters fall under the hard-left “anti-capitalist” banner when they’re very clearly 21st Century social democrats (Otherwise Corbyn, McDonnell and Trickett would surely be using the appalling BHS and Sports Direct scandals to call for the overthrow of capitalism rather than better regulation to prevent such scandals happening again).

Corbyn’s brand of social democracy may be closer to Marx than New Labour’s brand of politics ever was. But the supposedly ‘centrist’ facets of that government are actually quite unpopular. For instance, privatisation is not popular amongst the electorate, while nationalisation is.

Farage has suggested the NHS could be replaced with private health insurance. As such, it’s unsurprising that he would attempt to misrepresent Corbyn. Because there was overwhelming public support for Labour’s manifesto. And without popular policies of their own, Labour’s opponents are left with little to do but smear and sow panic.

If you still think Corbyn is a communist, compare this quote from Marx:

The theory of Communism may be summed up in one sentence: Abolish all private property.

To this from Corbyn:

Everybody aspires to an affordable home, a secure job, better living standards, reliable healthcare and a decent pension. My generation took those things for granted and so should future generations.

– Read The Communist Manifesto and make your own mind up.