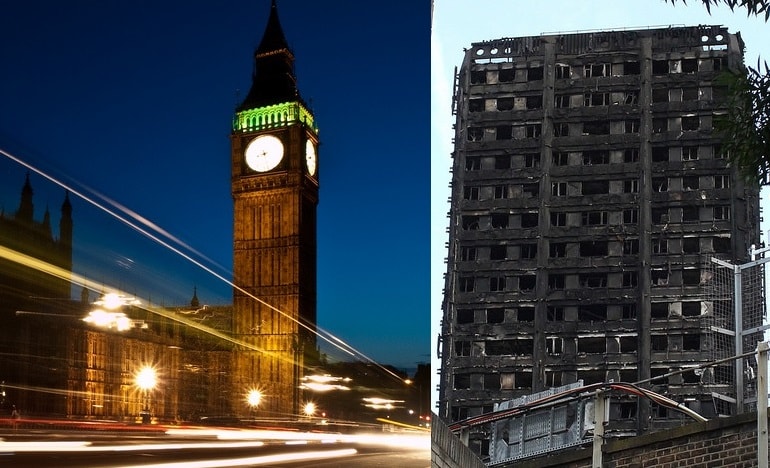 When a picture says it all: near empty Conservative benches for an important debate on #Grenfell today pic.twitter.com/DmeehTLrPD

The official death toll for the inferno currently stands at 80. The inquiry is the main procedure by which we stop a similar tragedy happening in the future. Yet, out of the few Conservatives that attended the debate, only three wanted to speak.

No vote was scheduled for 12 July. But MPs scrutinised the critical inquiry. Shadow Minister for Fire and Emergency Services Chris Williamson drew attention to the ideology that makes incidents like Grenfell much more likely:

I spoke in Parliament today on how #Grenfell was the horrific price paid in human lives for the government's deregulation agenda. pic.twitter.com/BXy9C6Qhmn

The MP for Derby North said:

we need a difference approach to the neoliberal agenda that has… informed the way in which public services have been delivered in our country. We have to… reverse the deregulation agenda… Surely, we have to abandon the privatisation of our public services.

Neoliberalism has been the dominant ideology of almost all Western governments for the last 40 years. Since Margaret Thatcher and Ronald Reagan, privatisation, deregulation, and cutting government spending (i.e. neoliberalism) have been the driving force in policy. For Williamson, this ideology has made tragedies such as Grenfell Tower more likely to happen. The lack of sprinklers in council blocks like Grenfell is one example.

One of the results of this bonfire of regulation is the government’s repeal in 2012 of the fire prevention measures in the London Building Act. Had they remained in place, the Grenfell fire is unlikely to have risen up the tower. This assault on public protections is just one element of the compound disaster that neoliberalism –promoted by opaquely funded groups such as Policy Exchange –has imposed on Britain since 1979. Its central purpose is not just to empower corporations and the very rich, but actively to disempower everyone else, through austerity, outsourcing, and privatisation.

In 2012, the Conservative-Lib Dem Coalition removed important fire regulations from the London Building Act. For the government, capital savings for landowners trumped sprinklers and smoke extractors for tenants in tall buildings. So such regulatory measures were removed.

For Monbiot, an inquiry that failed to delve deep into neoliberalism would be a “farce”. Given Conservative policies are under investigation, he argues that the inquiry should be entirely independent from government. But seeing as the government is setting the terms of the inquiry, that seems far from the case.

There are many deep questions surrounding the inquiry into Grenfell. Yet the vast majority of Conservative MPs didn’t even bother to turn up to the debate. That tells the public a lot about the Tories’ priorities. And Grenfell doesn’t look very high on the list.