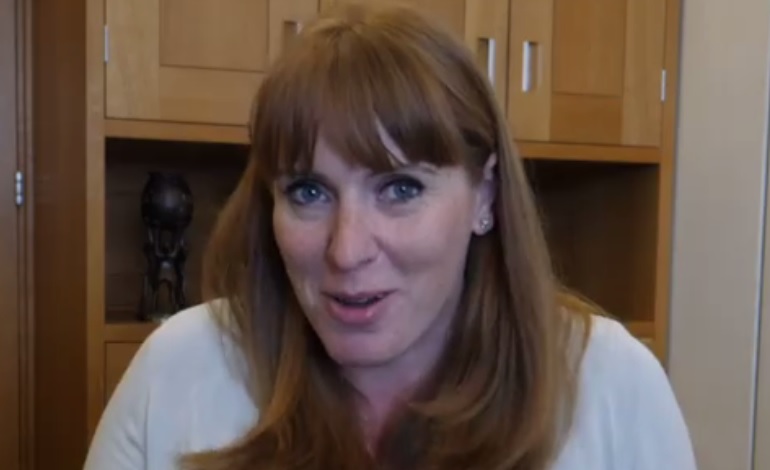 Over 80,000 people have watched Angela Rayner’s brilliant message to the Prime Minister on abusive trolls. And it’s going down a storm for multiple reasons.

Firstly, because Rayner is incredibly honest about her own experiences of bullying; and because her words seem to have given heart to those who have experienced the same.

But also, the Shadow Education Secretary discusses the role politicians themselves have in restricting abuse. And her advice for politicians to lead by example has struck a chord.

Rayner recorded the video for media outlet Double Down News. In it, she talked about the abuse she has experienced as an MP; and bullying she faced as a child. Other MPs are also speaking out after Theresa May announced the launch of an independent review into the issue.

Rayner explained that she gets “a lot of abuse” from people who call her “thick”, a “disgrace”, and criticise her physically. She also said that, before her recent appearance on The Andrew Marr Show, her main concern was knowing she’d have to deal with abusive trolls after the event.

She went on to talk about the media’s coverage of such bullying; and how politicians’ behaviour feeds into that:

Some of the headlines about this ‘hard-left bullying’ – to me – is astonishing when you see some of these papers and the way that they portrayed especially the Brexit vote. They’ve got no room to talk about abuse and inciting abuse. I think it’s quite worrying, some of the language.

And Theresa May: the language that was used against Diane Abbott and against Jeremy Corbyn – and the campaigns that they’d run – was very, very personal and incited people to make those sort of comments.

Rayner then sent a direct message to May:

The Shadow Education Secretary called the standard and tone set by the Tories in the general election campaign “absolutely disgraceful”. In contrast, she argued that Jeremy Corbyn’s refusal to engage in personal abuse “sets a good example for all of us”.

Rayner’s assessment is shared by many in the Labour Party. And on 12 July, the party sent a letter to the Conservative Party challenging such behaviour:

We are writing to express our dismay and deep concern at the vitriolic personal attacks that defined the Conservative Party’s election campaign.

Parties and politicians have a responsibility to set an example, by treating others with dignity and respect, including those with whom we strongly disagree.

Nonetheless, May has tried to frame the debate about abuse as a party political issue. And the mainstream media have lapped up the suggestion. But in characterising the issue this way, the Prime Minister is ensuring it cannot be properly dealt with.

There is another option, though. As Rayner explained towards the end of the video:

If you plant a seed of love or affection, you can create an environment where people feel tremendously better.

Rayner urged those engaging in abuse to find something “positive” to do because it will in turn help them feel better. But her advice also applies to politicians. If they were to cut out the personal attacks, it would “create an environment” where members of the public feel less justified in doing so. And then, we could all feel “tremendously better” and “positive” about our society and those that ‘lead’ us too.

If the Tory government is serious about stamping out abuse, it should heed Rayner’s advice. And let’s hope it is serious. Because it’s atrocious that people are facing this abuse in 21st-century Britain.

– Support Hope not Hate for a more inclusive society.