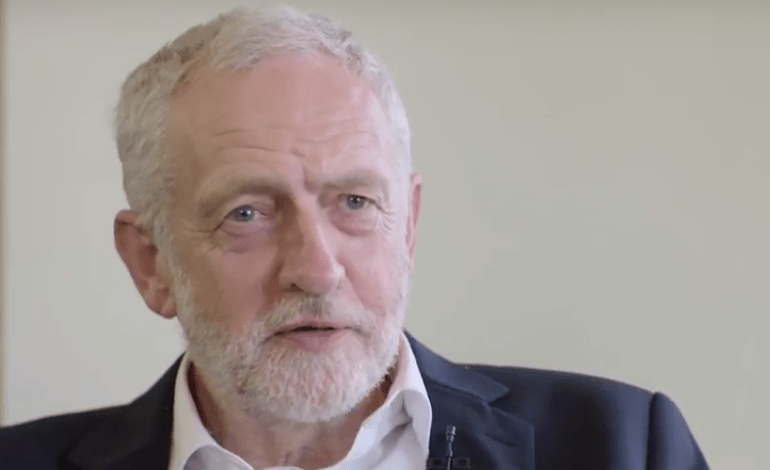 In an interview with author Naomi Klein, Jeremy Corbyn points out that Labour won a bigger battle than the election in June:

We didn’t win the election. I wish we had. But in that campaign, we changed the debate

Tony Blair may have won three terms as Labour leader. But Blair did not fundamentally change political discourse. Rather, he capitulated to the neoliberal economic orthodoxy. Instead of challenging unbridled media and financial power, for example, Blair won the support of Rupert Murdoch’s Sun and the City of London.

Earlier in the interview for the The Intercept, Klein, author of This Changes Everything: Capitalism vs. the Climate, laid out what winning the battle of ideas might look like:

Now we’re seeing the Tories try to poach some of your policies and scramble to try to appeal to young people by talking about maybe getting rid of tuition fees.

Corbyn points out the election represented the beginning of the end of an ideology. Neoliberalism has been the dominant ideology of almost all Western governments for the last 40 years. Since Margaret Thatcher and Ronald Reagan, privatisation, deregulation, and cutting government spending (i.e. neoliberalism) have been the driving force in policy. The Labour leader said:

I think the election campaign was a turning point away from the supreme individualism of the right towards the idea that you’re a better society when you have a collective good about it.

The debate has changed. If leadership hopeful Andy Burnham was Labour leader, we would arguably still be debating on a neoliberal battleground. For example, Burnham has been prepared to pander to anti-immigrant sentiment, a key scapegoat for the problems caused by neoliberalism.

Labour may not have won the election. But since then, six out of seven opinion polls have placed Labour ahead of the Conservatives. The latest YouGov poll puts Labour eight points ahead.

In the interview for The Intercept, Corbyn also drew attention to a crucial turning point in the media that’s “never been there before”:

Just think, those people that were campaigning for social justice in Chicago in the 1920s, the best they could do was print their own newspaper if they could afford it, or make a leaflet… and hand it out on bread queues. I grew up in the era when you used to print your own leaflets… You can now send out something on social media, and you can reach potentially millions of people in five minutes. The opportunities are there. And it’s not regulated, it’s not censored, it’s not controlled.

Responding to Corbyn, Klein spoke of the apparent diminishing power of the mainstream media:

It seems to me that you have received just about as bad media treatment, smears from elite media, as is possible to receive. And yet it didn’t work. In fact, it seems to have backlashed and contributed to this feeling of loss of faith in many of these elite institutions.

For interviewer Klein, the Labour election campaign did not just fundamentally change the economic debate, but also foreign policy. Speaking about the terrorist attacks during the campaign, Klein noted:

You committed kind of political heresy because you talked about some of the root causes. Yet that resonated with people.

I’m not in any way minimising the horror of what happened or the awful things the individuals did, but I said you’ve got to look at the international context in which there’s been this growth. And I can hear myself like yesterday, on February 15, 2003, saying, ‘What could be the worst-case scenario if we went to war in Iraq?’ I wasn’t defending Saddam Hussein. I was just saying, if you go to war in Iraq and you destabilise the whole country, there are consequences.

Canadian Klein said there’s a lesson for other countries there:

I think it’s important for Americans in this moment to understand that you were able to say that, and that it resonated with people because they know it to be true.

Labour may not have won power yet. But the Corbyn-led campaign fundamentally changed the terms of debate for not only economics, but also foreign policy. The Corbyn-led movement has drawn a new battleground for politics in the UK. And the Tory currencies of personal abuse, economic fairystories and playground foreign policy are worth a lot less here. The party of the elite will struggle to survive this new politics.

Watch the interview in full here: