The leader of Britain First just proved his critics wrong. He has got worse [TWEETS] - Canary Workers’ Co-op 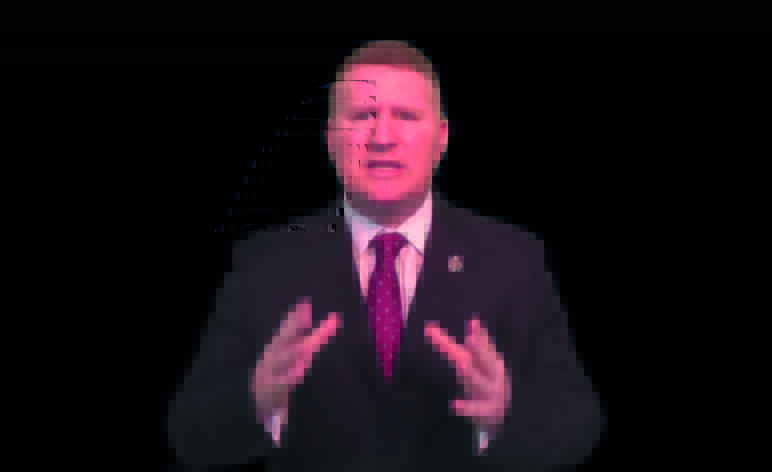 Northern Ireland suffered through decades of violence and terror. And as such, the people there have seen a lot. But even the years of that couldn’t have prepared them for a man holding not one but two thumbs down:

The cock of England

If you’re unfamiliar with Paul Golding, he’s the sometimes leader of Britain First. Britain First being an alleged political organisation that built up a significant following on Facebook through a series of cons, and yet has pretty much no actual presence whatsoever.

Golding himself is most famous for failing to become the mayor of London, failing to understand satire, and generally just failing to be taken seriously. Other than Her Majesty’s Prison Service of course, who held Paul for a period in 2016/2017. Which was when he told journalists, politicians, and the left:

every lie, every act of treachery will be revisited on you ten fold.

I can promise you, from the very depths of my being, you will all meet your miserable ends at the hands of the Britain First movement. Every last one of you

Although Golding’s latest display of toughness is so hard that you could use it grate a diamond, some people online have dared to criticise it:

Some people also did clever things with computers:

When you hear the door opening pic.twitter.com/C7eCZFnkvZ

While others pointed out Golding’s previous ‘glories’:

And one person even made it look like Golding didn’t like Carpet Right. Which is obviously nonsense – it’s the Carpet Left that Golding opposes:

It’s not really helpful for people on the UK mainland to support one faction over another in Northern Ireland. It’s an incredibly complex situation that goes back decades, and the only side you should be on is the side of peace.

At the end of the day though, if there’s one thing we can all agree on, it’s that Paul Golding is absolutely useless.