If you thought the EU referendum involved skullduggery, the evidence suggests you're right [VIDEO] - The Canary 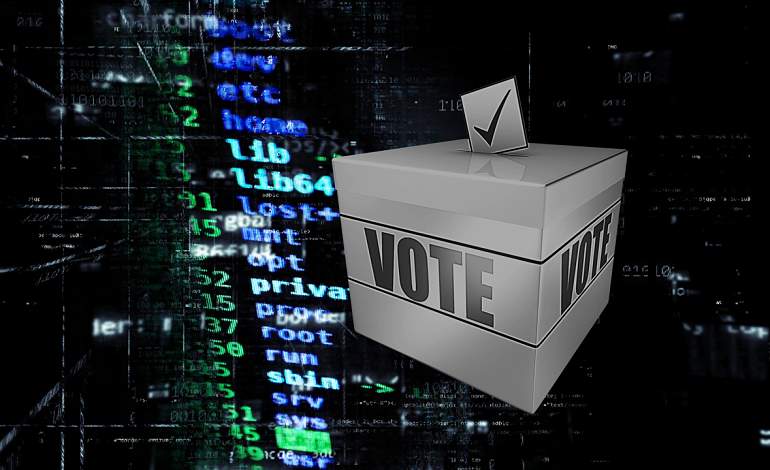 A new report looks at how automated computer programmes are manipulating public opinion through social media globally. It echoes the findings of an earlier study, which revealed how 2016 EU referendum voters may have been manipulated by ‘bots’. The implications are extraordinary. And voters deserve to know about it.

The use of bots in EU referendum

Computational propaganda is now one of the most powerful tools against democracy. Social media firms may not be creating this nasty content, but they are the platform for it. They need to significantly redesign themselves if democracy is going to survive social media.

On the UK referendum, it says [pdf]:

During the 2016 UK Brexit referendum it was found that political bots played a small but strategic role in shaping Twitter conversations. The family of hashtags associated with the argument for leaving the EU dominated, while less than one percent of sampled accounts generated almost a third of all the messages.

The study referenced an earlier, 2016 report that illustrated how internet technology was used to try and influence the way people cast their vote for the referendum. This involved the deployment of ‘bots’ on Twitter.

The  2016 study [pdf] was also written by Howard, together with PhD student Vince Kollanyi of Corvinus University. It examined 13,000 tweets between 5 and 12 June 2016. It also analysed accounts identified as bots; as well as accounts that featured “heavy automation”, tweeting at least 50 times per day.

Significantly, it showed that three times as many Leave-related hashtags were used in the lead-up to the referendum than Remain:

…to evaluate the role of bots in generating traffic on StrongerIn-Brexit topics, we took a close look at the top 10 accounts by volume, and all of them seem to use some level of automation. It is almost certain that 7 of the 10 accounts are bots. One of them is a UKIP-curated account most probably with some level of automation. Two of them seem to be bots that get some small amount of human curation.

So who pulls the strings?

Bots are not the only example of hi-tech meddling in elections.

Another study on computational propaganda by Woolley and Douglas R Guilbeault names [pdf p6] Cambridge Analytica (CA), which specialises in ‘psychographics’. Billionaire Trump supporter Robert Mercer is a financial backer of CA. And former Breitbart Executive Chairman Steve Bannon (a prominent Trump confidante) is a board member. So it’s no surprise that Donald Trump’s presidential campaign team paid CA more than $5m to help elect him.

On 18 November 2015, CA director of programme development Brittany Kaiser told PRWeek that CA only recently started working with Leave.EU. And on 20 November 2015, the Leave.EU campaign announced that CA had been brought on board and:

…will be helping us map the British electorate and what they believe in, enabling us to better engage with voters.

Our campaign is being run by Gerry Gunster ( won 24 referendum in the USA and Cambridge analytica experts in SM https://t.co/i6K9NLu2zG

But in a BBC Newsnight video, Alexander Nix, the CEO of CA emphatically denies his company ever worked on the Leave.EU campaign.

Another company involved in the campaign for Brexit was AggregateIQ (AIQ), based in Canada.

Paul Stephenson, the communications director of Vote Leave, the campaign fronted by Tory MPs Boris Johnson and Michael Gove, stated both AIQ and its founder Zack Massingham were:

And on its website AIQ prominently displays a quote by Vote Leave Director, Dominic Cummings, an expert on ‘data science’.

An investigation by the Information Commissioner’s Office into the use of data analytics for political purposes is ongoing. Also the Electoral Commission is looking into [paywall] possible undeclared spending by Vote Leave.

But with computational propaganda now apparently shaping public opinion, to the degree that experts are concerned for our democracy, then we need far more transparency – and far more scrutiny of political campaigns.

– Read about investigations into allegations of Tory election fraud.