The real winner of the general election has now been revealed. And it wasn't Corbyn or May - The Canary 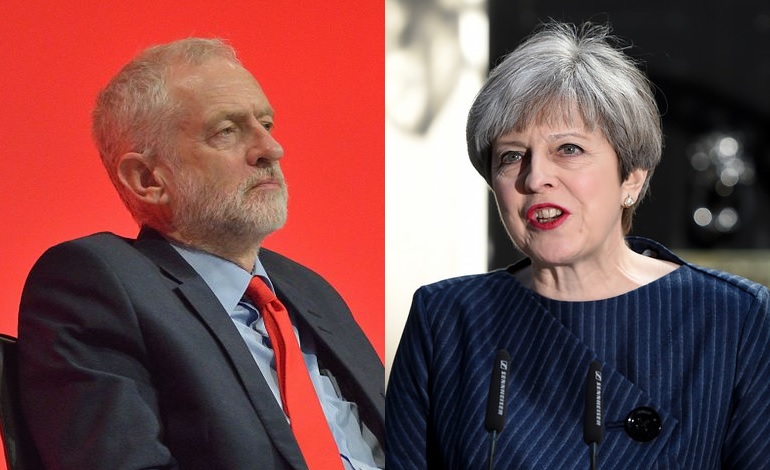 A survey has now revealed the real winner of the 2017 general election. And it wasn’t Jeremy Corbyn or Theresa May. Nor was it Labour MPs in the slightest.

The winner of the general election was, in fact, Labour’s manifesto. Because in a YouGov poll, it topped the list of reasons why people chose to vote for the two main parties. Corbyn, of course, tried to put manifesto policy front and centre of Labour’s campaign. And these findings show that he was right to do so.

In contrast, the Conservative Party chose to elevate May and her “team” as the reason to vote Tory. But that was a very bad move. Because only a minuscule amount of people mainly voted for the Tories because of May.

May is not alone, however. Her score was not far below that of Labour MPs, who generally failed to draw voters to the party on their own merit either.

YouGov carried out the poll between 12 and 13 June. Pollsters asked people who voted Labour what their “main reason” for doing so was. And they asked the same question of people who voted Conservative.

28% of those surveyed identified Labour’s manifesto as the main reason. A further 12% said they made the choice because the party would “Provide Hope / Fairness for the Many”; arguably related to the manifesto message of “For The Many, Not The Few”. 8% also voted on the basis of Labour’s ability to protect and fund the NHS; while 4% supported the party because of its position on education and tuition fees.

Meanwhile, 13% voted Labour mainly due to Corbyn. And only 6% did so because of an individual local candidate or MP.

In contrast to Corbyn’s 13%, only 5% of Tory voters backed the Conservatives due to May. This is startling considering the effort put into rebranding the party in May’s image. Campaign coordinators notoriously almost wiped the word “Conservatives” from their materials entirely. The prominent position the party’s name used to occupy in materials was replaced with May’s name instead.

The issue of security and defence – or Corbyn’s alleged ‘irresponsibility‘ on those matters – was also a regular choice of topic for Tory ministers during the campaign. Yet only 2% of people said “Security / Terror Prevention” was their main reason for voting Tory.

Brexit topped the list for Conservative voters at 21%; 7 points lower than Labour’s manifesto. Meanwhile, only 10% supported the party because they agreed with the Conservatives’ policies and principles.

YouGov surveyed 1,651 people. But if the results are indicative of the wider population, then there are many lessons the various factions should draw from them. First of all, people are becoming wise to personality politics. No longer can the media and political parties simply present a characterisation of an opponent to the public and expect them to blindly swallow it. The jig is up.

Furthermore, people are clearly not just looking to personality. They’re seeking out substance. The policies each party comes up with have a huge impact on people’s voting decisions. That’s seemingly great news for Labour in its current state. But it may pose a problem for the Conservatives, who currently appear so devoid of ideas that their party’s asking opponents for help.

The specifics of those ideas, though, also matter. Brexit is a generational, country-defining change for Britain. But of those surveyed, Tory voters didn’t give it as much prominence as Labour voters did to Corbyn’s manifesto. Those ideas of renationalising our essential services, of giving people a decent living wage, of building affordable homes and of providing a decent, free education, gained massive support.

So if Labour MPs truly want to be in government, it would be wise to get behind the person who created a team to come up with the ideas: Corbyn. That’s their path to power. Ideas that fly. And if this poll is anything to go by, my did Labour’s manifesto pledges take off.

It was clearly the winner of the 2017 general election.