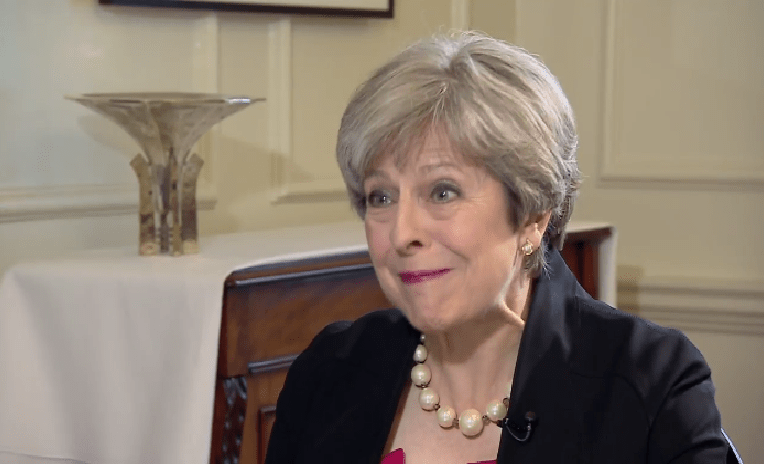 Theresa May’s shocking BBC Radio 5 interview may be the final straw for the British electorate. The Prime Minister revealed she’d shed a “little tear” upon seeing the 2017 general election exit poll. After leading a government that’s presided over policies which have reportedly killed tens of thousands of people a year, May has admitted yet again that only political gain moves her.

The Conservative leader didn’t flinch when she needlessly broke up tens of thousands of families by deporting non-EU citizens who didn’t earn above £35,000 per year. But May says she shed a tear upon the Conservative Party losing political power:

When prompted about tears by interviewer Emma Barnett, May then revealed she’d shed “a little tear”.

May and the Conservatives have undergone U-turn after U-turn. The only policy the ruling party has been consistent on is whatever they believe makes the most political capital.

Once the Conservatives faced an electoral backlash over austerity, they considered ending the economic malpractice. Huge cuts to firefighting, healthcare, police, education, libraries and social care weren’t a problem. No matter that deep cuts to health and social care were “likely to be the main cause” of 30,000 excess deaths in 2015, according to Oxford University research. No: the Conservatives only question austerity when it looks like the economic programme may not be politically helpful.

Ostensibly, the aim of austerity is to eliminate the deficit. But the deficit still isn’t back to the level it was before the financial crash. The only thing that has changed is the fortune of the Conservative Party.

Earlier in May’s premiership, she promised several times that she wouldn’t call an election. But soon after, eyeing polls placing the Tories over 20 points ahead of Labour, May U-turned and called an unnecessary election. After an unprecedented shift in public opinion, that resulted in a hung parliament.

But now that another general election is actually necessary, the Conservatives won’t call one. What’s changed is that the polls overwhelmingly suggest Labour would win. Again, it’s political capital that dictates what the Conservative Party does, whether it’s policies, elections or tears.

May’s advisers may be trying to tackle her robotic persona. But it hasn’t gone well at all. People reacted with outrage at the BBC interview:

Theresa May just said she 'shed a tear' when she saw the election exit poll. Wonder if she did the same when she cut disability benefit?

Theresa May says she 'shed a tear' on election night.

She never sheds a tear during parliamentary debates on the effects of Tory austerity. pic.twitter.com/i0xjLDPNlu

May admits to crying at the thought of losing power but, as far as I'm aware, hasn't shed a tear for victims of poverty, tragedies or war.

In normal circumstances, Conservative MPs would have carried out a mutiny against May. Only the risk of a Jeremy Corbyn premiership has stopped a leadership battle. Since the general election, six out of seven opinion polls have placed Labour ahead of the Conservatives. The latest YouGov poll puts Labour eight points ahead.

May’s BBC interview has only made her position more precarious. She cries over losing political power but doesn’t flinch at carrying out brutal, ideological austerity on ordinary Britons.

We need to remove May and her party from power as soon as possible.