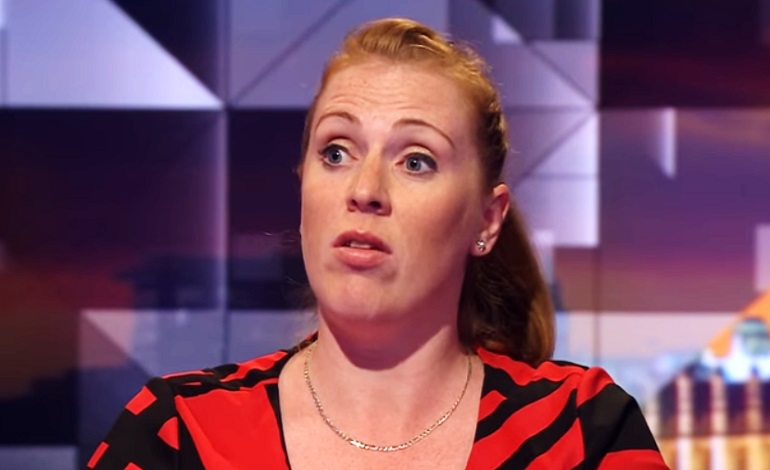 Angela Rayner has dismissed the government’s latest spending pledges as not addressing the “crisis” facing schools. And Labour’s Shadow Education Secretary also exposed the Tories’ sleight of hand over their latest raiding of the ‘magic money tree’.

On Monday 17 July, Education Secretary Justine Greening announced an “additional” £1.3bn for front-line school spending between 2018 and 2020. She said this was because the government “believes that all children should have an education that unlocks their potential”. But instead of ‘unlocking’ new cash, Greening is taking the money from existing Department for Education (DfE) budgets.

Rayner was being interviewed by Evan Davis on BBC Newsnight about Greening’s pledge. The host asked [0.32] her if it was “a bit churlish to complain” about the £1.3bn. And he also said [0.45] he couldn’t “understand why you don’t see this as just a good news day, and say ‘Theresa May, Justine Greening: thank you very much'”.

Unfortunately it’s not new money, and £2.8bn is still missing from that. Y’know, the teachers that have [written] out to parents that have said we haven’t got the money this year. They’re not going to get any extra money this year. So come September, that money will still be gone from their budgets… teaching assistants will still, unfortunately, not be in their jobs.

No. This is not new money.

Rayner went on to say [1.27] that the Tories had taken the £1.3bn “out of one hand and put it into another”. A fact that even host Davis had to concede to. And she also said [1.30] the Tories “haven’t even been clear on where that money’s coming from”; nailing Greening’s magic £1.3bn in less than a minute.

But, as The Canary previously reported, Greening said the £1.3bn will be taken from the following:

But Rayner perhaps best summed up the crisis in education when she said [0.11] teachers had written to parents, telling them they couldn’t “provide school books and carry out the curriculum”. Because even with the government’s “additional” £1.3bn, real-terms per pupil spending is still set to drop by 4.6% across all schools by 2020; which, as the Institute for Fiscal Studies (IFS) warned, is taking schools’ budgets back to the 1980s. And it seems, with their cloak-and-dagger cuts by stealth, Margaret Thatcher’s 1980s is where the current government would like us all to be.