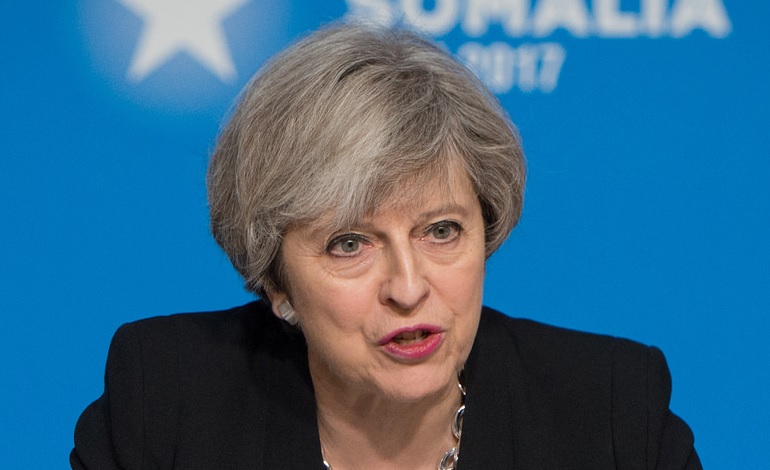 The British public handed Theresa May a ‘gift’ before she took off for the summer. But it’s not one she’ll appreciate. Because that ‘gift’ has catapulted May into a record-breaking first place position that no prime minister wants to win.

Ipsos MORI released its latest poll results about May’s popularity on 20 July. And it turns out that the current PM has surpassed all her predecessors in dissatisfaction ratings one month on from a general election; that’s since records began.

Mrs May's latest @IpsosMORI satisfaction ratings are the worst we've seen for a PM in the month after a GE – trends https://t.co/3cK6rJ34dv pic.twitter.com/V6wr9OLjqb

As the list shows, dissatisfaction regarding May a month on from the election stood at 59%. And her satisfaction ratings plummeted to 34%. That’s down nine points from a week before the election and 22 points down from when she decided to call it. Gideon Skinner, Head of Political Research at Ipsos MORI, commented:

The turnaround in Mrs May’s ratings is unprecedented in our previous data on Prime Ministers – from a historic high at the start of the campaign to a historic low just one month after an election, while also seeing her position among her own party supporters weakening and Jeremy Corbyn’s campaign surge continuing. Having said that, she still has the edge as most capable PM among over 35s.

Despite May’s continued “edge” with the over 35s, however, these findings reveal one more extraordinary legacy. More people feel dissatisfied with May now than they did with Tony Blair in 2005. His dissatisfaction ratings in that year stood at 52%, a seven point difference. Blair was two years into the illegal invasion of Iraq at that stage. Yet May currently attracts less satisfaction than him.

The ‘gift’ the British public handed to Jeremy Corbyn, however, was probably more welcome. Because his dissatisfaction ratings have reduced. According to the Ipsos MORI poll, which involved a representative sample of 1,071 adults, Corbyn’s dissatisfaction rating stood at 45%. That’s down five points from June.

Corbyn’s satisfaction ratings, meanwhile, had increased by the same amount from June – standing at 44%. Of course, poll results are not the be all and end all. But considering many believe May gambled on her and her party’s future by calling the election due to previous high polling, it’s surely not the result the Tories wanted before the parliamentary recess.

And it’s certainly not the sort of news that will make for a carefree summer holiday.