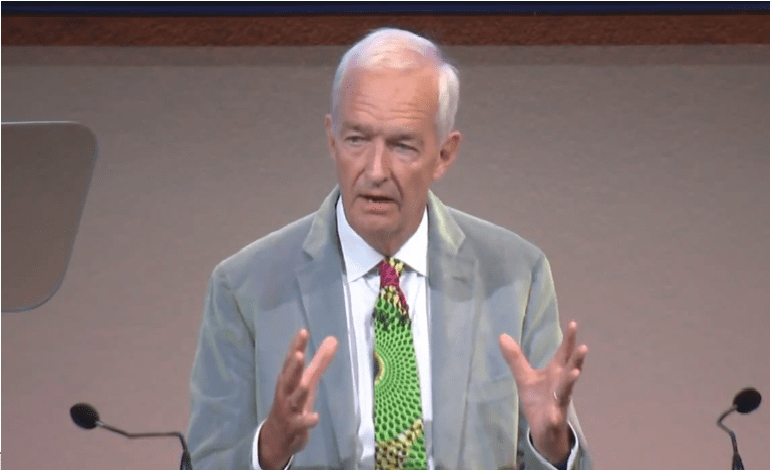 Channel 4 anchor Jon Snow has pinpointed the source of UK media bias with a simple fact his industry tries to hide.

In his keynote speech at the Edinburgh TV Festival 2017, the veteran journalist said:

This privately educated elite continues to dominate the media, according to the Sutton Trust. The corporate media is hierarchical, establishing an editorial bias from the top down. Most journalists do not have much sway in the direction of the outlet they work at. Yet as Snow points out, around 80% of top editors went to elite schools. This means mainstream publications tend to have a totally different set of priorities to the public, where 88% went to comprehensives.

‘Background rather than merit’

Snow, who has presented Channel 4 News since 1989, also spoke about how impenetrable the industry is for ordinary people. Snow said [11.10] that, in order to get a staff job in mainstream journalism, you need:

a masters degree, a series of unpaid internships, and a place to stay in the London area, without any guarantee of it working out. Barriers to entry into this highly competitive industry largely on the basis of background rather than merit. It’s a central cause of our disconnect.

Only the privileged can work for free in an unpaid internship, so ordinary people are marginalised. It’s impossible to both live in London and work for free without a nest egg, especially during the housing crisis. The culture of unpaid internships acts as a barrier, making it very difficult for most Britons to get involved. There are no signs that the Conservative government plans to end the culture. But a Jeremy Corbyn-led Labour Party pledged [pdf p50] to ban unpaid internships in its 2017 manifesto, simply because “it’s not fair for some to get a leg up when others can’t afford to”.

The barriers that stop ordinary people getting involved in the media must be broken down. The fact that 80% of top editors were privately educated suggests a gulf between the corporate media and ordinary people. And Snow is right to draw attention to this from the inside. The media needs to be diversified so it can represent its readers properly. Simple.