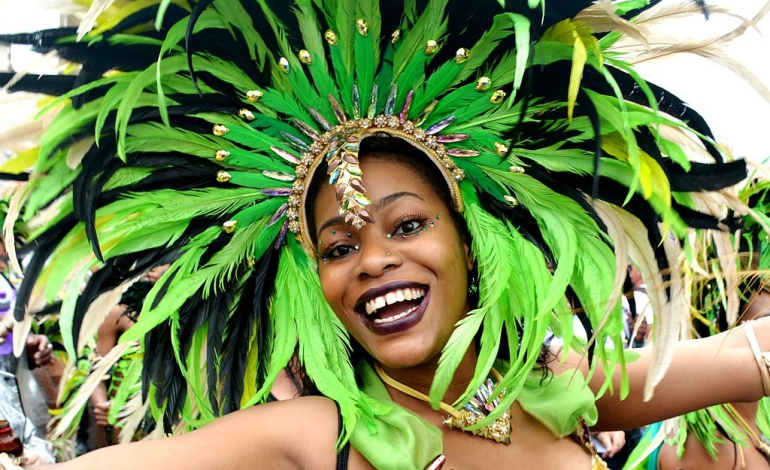 People may notice something a little different about Notting Hill Carnival this year on 27 and 28 August. Community organisers have been working hard to turn it green in remembrance of the tragedy at Grenfell Tower. And there are hopes it will be a symbol of unity.

The Green for Grenfell initiative is about “decorating the streets, people decorating their own houses and, of course, everybody coming to Carnival dressed in green”, says Toby Laurent Belson, who is part of the Notting Hill Carnival Community Support team.

Organisers say the initiative will be a display of “reverence and respect amidst the revelry”. And this year the event is more important than ever. As local resident and Carnival volunteer Huey Walker said to BBC News:

A minute’s silence will also be held at 3pm over both carnival days for those who did not survive the fire; but also for Edson Da Costa and Rashan Charles who died recently following contact with police. And there will be a yellow quiet zone to allow for reflection throughout the event.

Police will also reportedly form a “ring of care” around the nearby estate where Grenfell Tower stands to ensure people respect the site.

But police have already started a crackdown around the event, which has seen violence in the past. Having carried out over 650 pre-emptive arrests, there are also plans to use facial recognition technology at the carnival; a move which has been criticised by civil liberties groups.

The police have also stirred up controversy in the carnival’s run up by tweeting out a heroin bust using the carnival to headline it. This was despite there being no apparent link between the two events:

In the run up to #NottingHillCarnival, officers have this morning seized what is believed to be a kilo of uncut heroin in #Catford pic.twitter.com/pUCya5lrvj

It prompted grime artist Stormzy to tweet a disapproving response saying “how many drugs did you lot seize in the run up to Glastonbury or we only doing tweets like this for black events?”

In fact, some are wary of police at the event, particularly in light of recent police tactics. Jair Tavares, Da Costa’s cousin believes police may simply be looking for an excuse to shut the carnival down. He told The Guardian:

If anything, people should be scared of going to the carnival because the police are something to be scared of. They don’t guarantee our safety.

Stafford Scott of The Monitoring Group, a community organisation that promotes good race relations, said that feelings were running high and that:

There’s a feeling that the police are waging a war against the black community.

But others reject that recent events will give anyone an excuse to shut Notting Hill Carnival down. And they point out the roots of the carnival which was founded after the 1958 Notting Hill race riots and the murder of Kelso Cochrane, an Antiguan carpenter, by a gang of white youths. Community activist and writer Ismael Blagrove told BuzzFeed News:

If we could have a carnival born out of the race riots and the death of one man, then you can imagine what carnival symbolises now with the tragedy of Grenfell.

In this way Blagrove believes it can be a tool for unity and symbolises what people really want:

It’s change that we’re demanding, and not just change for Grenfell, change for the country.

We want change for the marginalised, and working-class people in this country.

So, if you’re heading to the Notting Hill Carnival, wear green as a sign of solidarity with the Grenfell community.