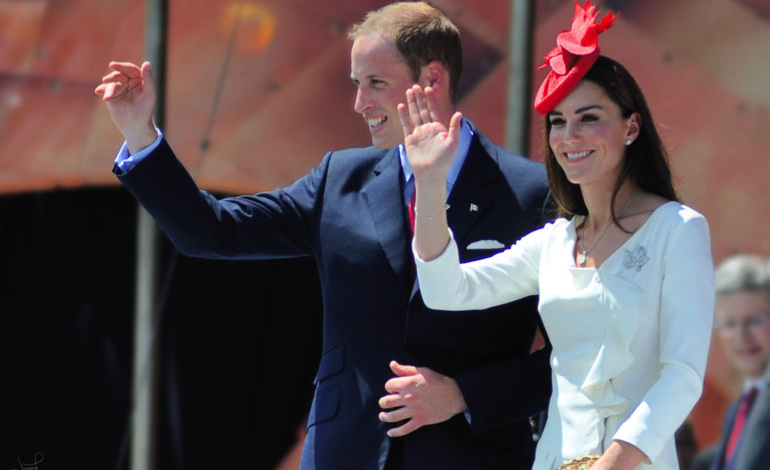 On Monday 4 September, Prince William and Princess Kate announced that they’re expecting a third child. But along with the usual fanfare, some people have pointed out reasons why this isn’t necessarily a cause for celebration.

As The Canary previously reported, in April 2017 the government introduced a two-child limit for parents and carers who claim tax credits for raising children.

With a few exceptions, mothers can only get an exemption if they fill out an eight-page form (signed by a third party) saying they became pregnant through non-consensual sex, and aren’t living with the other parent of that child.

Understandably, this ‘rape clause’ caused outrage around the country.

So on Monday 4 September, one writer pointed out in The Independent that, thanks to UK taxpayers and inherited wealth, William and Kate have the privilege of not having to consider the financial cost of procreation. She wrote:

I can’t help thinking about what a third child means for them compared to what it means for a family struggling to get by. Neither George nor Charlotte asked to be born into such staggering wealth and privilege, and nor has their future sibling. Nevertheless, if we can understand the desire of the mega-rich to produce more mega-consumers, why is it so hard for us to show compassion to those who aren’t so lucky?

The government’s message is clear: you deserve to have children only if you can pay for it.

In fact, William and Kate’s family could potentially support every child in the UK. The Royal Family’s value is estimated to be £56.7bn. The Crown Estate is the second largest landowner in Britain, owning roughly 677,000 acres. Whereas one in four British families has under £95 in savings, the Queen alone has £360m in the bank.

The Queen, who still reigns in 32 countries, has been called “the world’s primary feudal landowner”. She legally owns one sixth of the world’s 37 billion acres, taking into account Crown land from Canada to New Zealand.

Yet the Queen only started paying tax ‘voluntarily’ in 1993. Meanwhile, we’re still paying £400,000 per year for her family’s alcohol, and £1.6m for their helicopter travel. Campaign group Republic found that the monarchy costs the UK roughly £334m per year.

In a country with a bedroom tax, Buckingham Palace alone has 240 bedrooms. But we don’t see the Queen getting less tax-free cash from the “sovereign grant” to cover the extra 239.

The UK isn’t really a democracy: it’s a constitutional monarchy. The monarchy still has to approve every elected government (or not) and agree to dissolve each government before an election (or not). The ‘Royal Family’ are the only Britons who are totally exempt from the Freedom of Information Act.

But thanks to a 10-year Freedom of Information request, we know that Prince Charles has abused his power to lobby governments on military and agricultural policies.

And how many people can say, like the Queen, that they’ve had a weekly meeting with every prime minister since 1952?

But still, a 2015 YouGov poll found that more than 70% of British adults want the monarchy, while 18% prefer an elected head of state.

So it seems republicans – including Jeremy Corbyn – still have their work cut out for them.