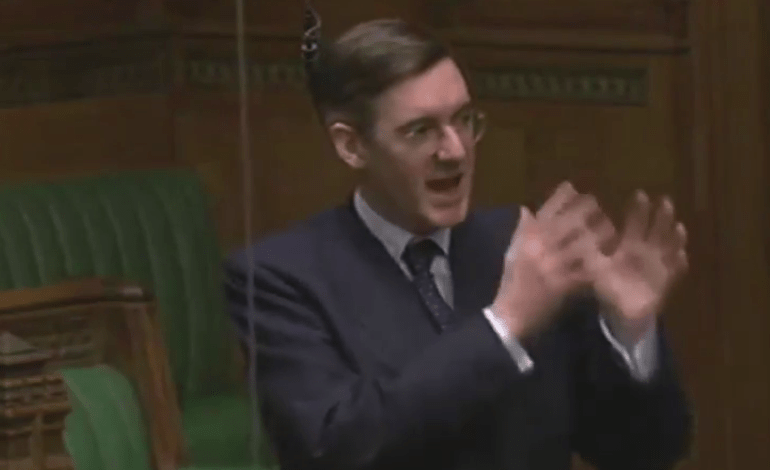 On the ITV show, the MP for North East Somerset voiced his opposition to same-sex marriage and abortion. Adding to such views, he is against abortion even if the woman was raped by a family member.

But it also turns out that Rees-Mogg doesn’t believe in human rights:

So what are these ‘eternal moral principles’ Rees-Mogg thinks are impractical? Campaign group Liberty lays out the protections in the 1998 Human Rights Act. Here are three of the 12 fundamental rights:

For Rees-Mogg, these vital protections are apparently mystical principles that aren’t pragmatic to uphold in real life:

The question of absolutes is very difficult in a political context…

And the father-of-six isn’t just about the rhetoric. The potential Conservative leader is known for following through on his beliefs. True to form, he voted to repeal the Human Rights Act in 2012. At the time, even Conservatives like Theresa May, Michael Gove and Iain Duncan Smith were absent from the vote. Rees-Mogg voted to repeal the act again in 2016.

Here’s the MP arguing for the abolition of human rights in parliament:

But there are moral absolutes that Rees-Mogg upholds: the views of the Catholic church:

In terms of moral absolutes, I have no difficulty wearing a Catholic hat to accept them. There are very clear moral absolutes that are established by the church. But the state is something very different from that…

These archaic views from an old Etonian can seem hilarious to modern Britons. But Rees-Mogg is using his parliamentary power in an attempt to remove human rights. Whether that be the rights of LGBTQ+ people, or the rights to freedom of speech. That’s no joke.