ITV's Peston just tried to lay a trap for John McDonnell. But he was having none of it [VIDEO] - The Canary 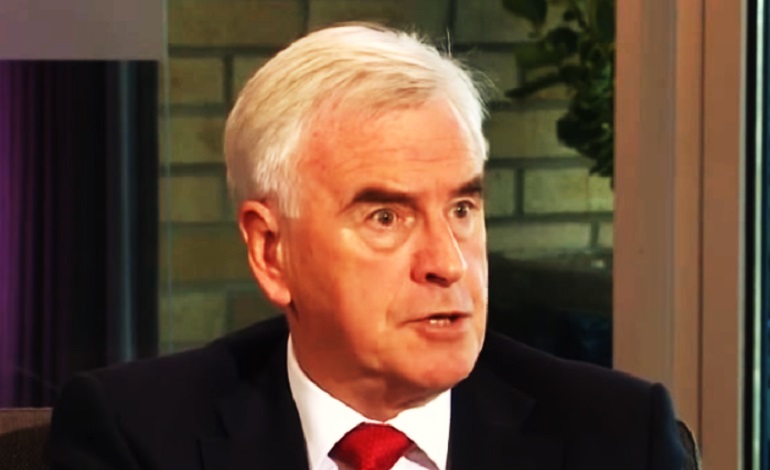 On Sunday 24 September, John McDonnell appeared on ITV’s Peston on Sunday. And while much of the interview was dedicated to Brexit, the host also tried to back the Shadow Chancellor into a corner over a much-repeated smear about Labour. But McDonnell, canny as ever, was having none of it.

You can watch McDonnell’s interview here. But, specifically, Robert Peston asked McDonnell about tuition fees and student debt. He said [4.45] of the last election:

This was a smear by the Conservatives and Jeremy Corbyn’s detractors that is simply not true. As The Canary previously reported, the allegation that Labour would abolish student debt came from a distorted NME interview with Corbyn. The Labour leader actually said of student debt:

Yes, there is a block of those that currently have a massive debt, and I’m looking at ways that we could reduce that, ameliorate that, lengthen the period of paying it off, or some other means of reducing that debt burden. I don’t have the simple answer for it at this stage – I don’t think anybody would expect me to, because this election was called unexpectedly…

But Peston chose to resurrect this misrepresentation of Corbyn, anyway.

McDonnell, however, was not being fooled. He hit back after Peston said Labour “flip-flopped” over the issue, saying:

No, no, no… we didn’t flip-flop at all. Jeremy said in an interview that we would deal with student debt. And that’s exactly what we’re doing.

McDonnell went on to explain that, “as a result of [Labour’s] campaigning”, the Tories have begun to backtrack on tuition fees and student debt and are looking at budget changes. But, again, Peston tried to trap him by saying that Labour would be supporting a policy that “helps richer students”. And, again, McDonnell was having none of it:

The Shadow Chancellor then outlined [6.20] that Labour was planning to:

Look at all the [student] debt itself…

Also, he went on to issue a stark warning:

But this Tory-imposed debt is… massively putting a burden on young people… if they don’t pay it off now, it triples. And the… reason I’m saying it needs to be done now is because seven out of 10 students are not paying it. The system’s imploding… the system is collapsing. At some stage, the government’s got to rescue the system.

McDonnell is a wily interviewee. Not one to be put in a corner, the Shadow Chancellor couldn’t have been clearer about student debt and tuition fees. But, with the mainstream media’s track record, this issue will probably be resurrected a few more times before it is finally put to bed.