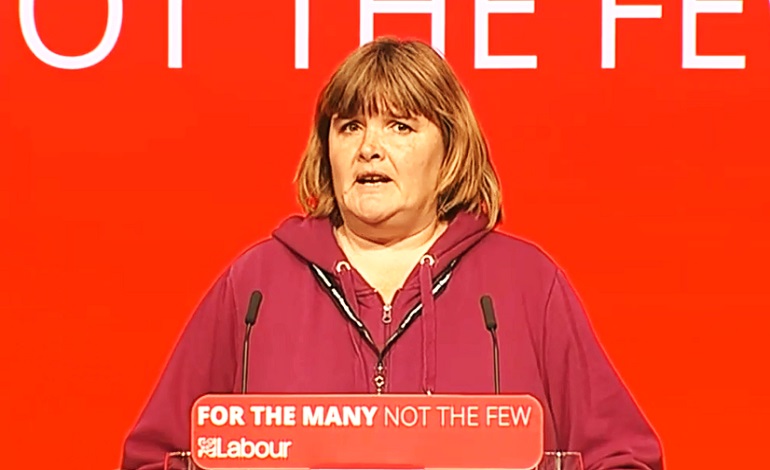 An ordinary member’s speech to the Labour Party conference left the audience stunned. And it’s one that everyone needs to hear, as the moving address reflects a crisis in the UK.

‘Their stories need to be heard’

Paula Peters is a Labour member from Bromley and Chislehurst. She is also a leading disabled rights activist, sitting on the steer group of campaign organisation Disabled People Against Cuts (DPAC). And Peters used her speech at the Labour conference on Sunday 24 September to tell the crowd just what life is like for disabled people under a Conservative government.

Overall, Peters had a heartfelt message for all disabled people, their families and supporters, and the UK public. She said [1:41]:

I say to… all the families who’ve lost loved ones due to these [government] cuts, their stories need to be heard.

And Peters used the conference platform to speak out for these people.

A ‘genocide’ of disabled people

It’s important that disabled people’s voices are not silenced… We are not voiceless. We are speaking out in anger. And to all disabled delegates and activists: now is the time to raise your voices in anger about what we’re experiencing under a Tory government.

Disabled people have been subjected to seven years of what TV show The Last Leg described as a “genocide” by the Conservative Party. Because since 2010, the Tories have cut:

Praise for Corbyn, not so much for Labour MPs

Meanwhile, Peters went on to praise [0:47] Jeremy Corbyn and John McDonnell, saying they had been “consistent” in voting against Tory cuts to welfare. But many Labour MPs have not. For example, 184 of them didn’t vote against the Welfare Reform and Work Act 2016; a piece of legislation which introduced the benefit cap, ditched child poverty targets, and cut Employment and Support Allowance (ESA). Corbyn and McDonnell, however, voted against it.

And it’s not just government legislation which, as Peters described [0:58], has been “brutal”. For example:

A ‘grave’ and ‘systematic’ ‘human catastrophe’

Peters then continued her speech by bringing up the subject of the UN Committee on the Rights of Persons with Disabilities (UNCRPD). She said [1:18]:

As The Canary has been documenting, at the start of September the UN released its fourth report in 14 months into the Conservative government’s treatment of disabled people. It has said the Tories are failing disabled people in over 70 areas – from basic human rights, to not tackling discrimination, to the impact of austerity and welfare cuts.

A change is gonna come

Change happens out on our streets and in our communities… we must continue to pile the pressure, so that we are fully included… [and] so that we are as much a human being in society as non-disabled people.

It was just over a year ago that members and supporters of DPAC brought Westminster to a standstill, protesting government abuse and remembering those who had died: 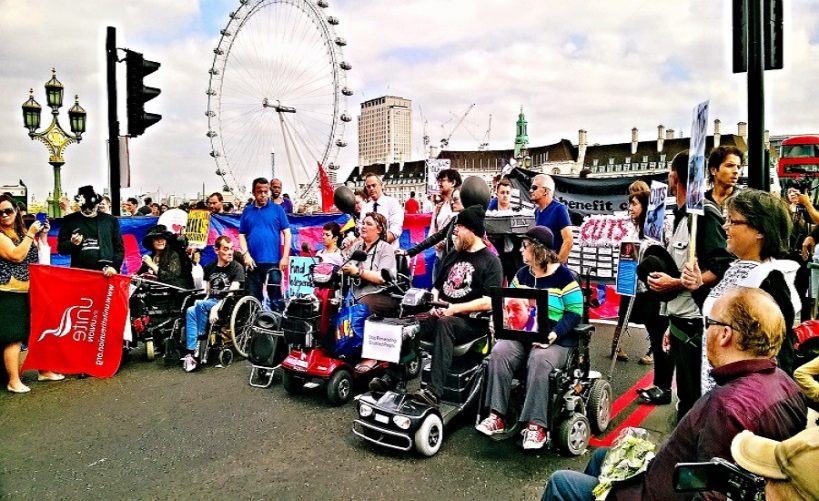 Since then, there have been three UN reports condemning Conservative-led governments’ actions, and countless protests. But the Conservatives have not moved one inch on their continued assaults on disabled people. This means activists like Peters have little choice but to continue their inspirational fight. And they deserve the respect, solidarity and unconditional support of everyone in the Labour movement.

– Read more from The Canary on disability, and on the Labour Party conference.