A crisis of the Tories' own making is turning into a catastrophe. But people are refusing to act. - Canary 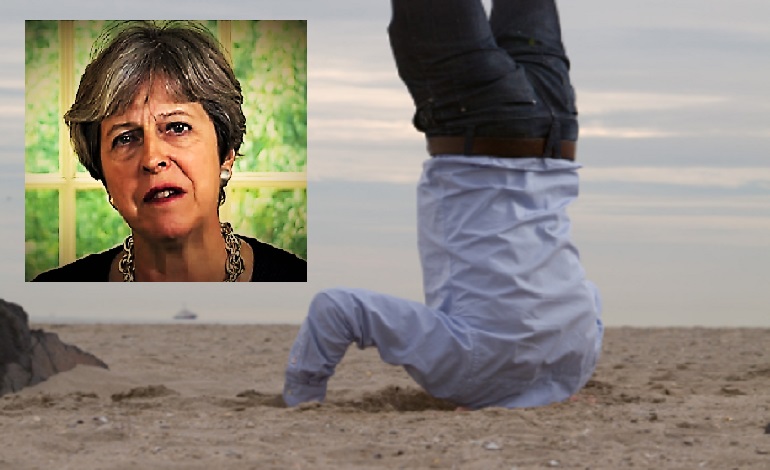 Nearly one in five people are “ignoring” a crisis in the UK; one that’s been building for years but is now at catastrophic levels. And on Tuesday 10 October, the reality of the situation was put into sharp focus.

The charity End Youth Homelessness (EYH) has released a survey into public attitudes towards homeless people and rough sleepers. And it published the results to coincide with World Homeless Day on 10 October. But the survey throws up some worrying findings.

Homelessness: not my problem?

But there were some more positive results from the survey:

Also, the survey revealed that 25% feel “incredibly guilty when they walk past anyone homeless without stopping to do anything”. But the public’s guilt is maybe misplaced. Because figures reveal that a chunk of the blame for the crisis lies firmly at the Conservatives’ door.

As The Canary previously reported, the National Audit Office (NAO) recently released its latest report into homelessness in the UK. And the criticisms of the Conservative government are overarching.

The NAO found that the government has presided over [pdf p16] a:

But despite these figures, the public still view homelessness as someone else’s problem. Because another survey from End Youth Homelessness found that:

So with the public unsure what to do, and the Conservatives turning their backs, it appears to be down to charities to manage the homelessness crisis. But often they are not what they seem. As The Canary previously reported, some charities have been helping the government to deport foreign rough sleepers:

An investigation by Corporate Watch found that outreach teams from the charities St Mungo’s, Thames Reach, and Change, Grow, Live (CGL) have all been working with Immigration Compliance and Enforcement (ICE) officers on patrols that target rough sleepers in London.

Charity outreach teams should help rough sleepers to access support. Instead, by teaming up with the Home Office, they expose vulnerable people to detention and deportation.

It would seem that perhaps the only support homeless people can really rely on is through organisations like Streets Kitchen. Founded by rough sleepers themselves, it operates with an ethos of “solidarity not charity”, providing food and support for homeless people. And with forecasts that homelessness is set to rocket, more and more people will be turning to the likes of Streets Kitchen, unless something drastic quickly happens.