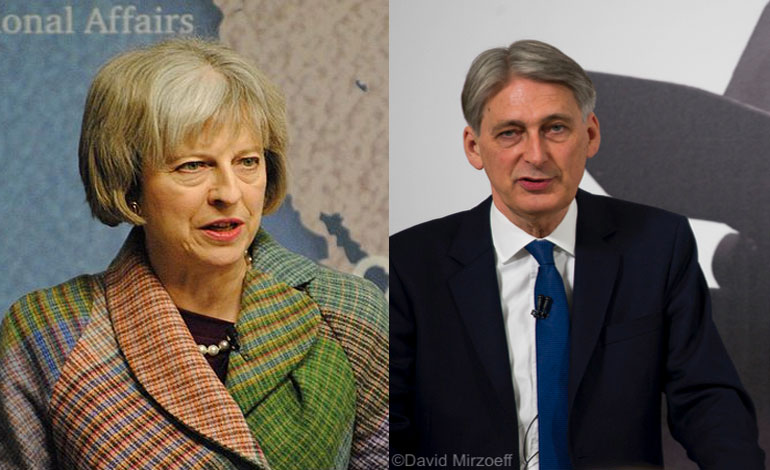 Theresa May has slapped down her own Chancellor’s comments about Brexit. The PM has responded to Philip Hammond’s Brexit statement [paywall] in the 11 October edition of The Times. In it, Hammond laid out his vision for how Brexit may work. Hammond’s piece appeared to contradict comments made by the Prime Minister in parliament the previous day.

Prepare for ‘no deal’

Speaking in the Commons on 9 October, May talked of the necessity to prepare for a ‘no deal’ scenario. This would mean that negotiations had failed. The UK would have been unable to establish a new relationship with its European neighbours. And the consequences of this are unclear, as yet. May announced the publication of white papers on trade and customs. Part of those was that spending was already in place to anticipate ‘no deal’. She said:

While I believe it is profoundly in all our interests for negotiations to succeed, it is also our responsibility as a government to prepare for every eventuality. So that is exactly what we are doing. These white papers also include that work, including setting out steps to minimise disruption for businesses…

May’s announcement caused many commentators to react with alarm. Even members of her own team, such as Liam Fox, had previously stated that a ‘no deal’ scenario would be catastrophic.

Under normal circumstances, the sitting PM would expect support from her closest colleagues. But such is the weakness of May’s current position that even cabinet members oppose her openly. Her statement yesterday triggered a reaction from Hammond in The Times. He stated that he refused to budget for ‘no deal’ and to do so would be ‘irresponsible’. He wrote [paywall]:

We are planning for every outcome and we will find any necessary funding and we will only spend it when it’s responsible to do so.

Faced with the embarrassment of her Chancellor disagreeing with her publicly, May responded in kind. Hammond sat with his eyes cast down as May spoke in the house on 11 October. She said:

We are committing money to prepare for Brexit, including a no deal scenario.

Downing Street has denied that May’s comments constituted a slapdown to Hammond.

The Conservatives find themselves in a state of total chaos. The EU referendum opened up their oldest and most serious division. May’s leadership has been poor and the 2017 election disastrous. As key figures like Boris Johnson and Hammond continue to pull away from May, a total split now appears inevitable.