In 8 words, Jeremy Corbyn nails PMQs with the question we all want Theresa May to answer - Canary Workers’ Co-op 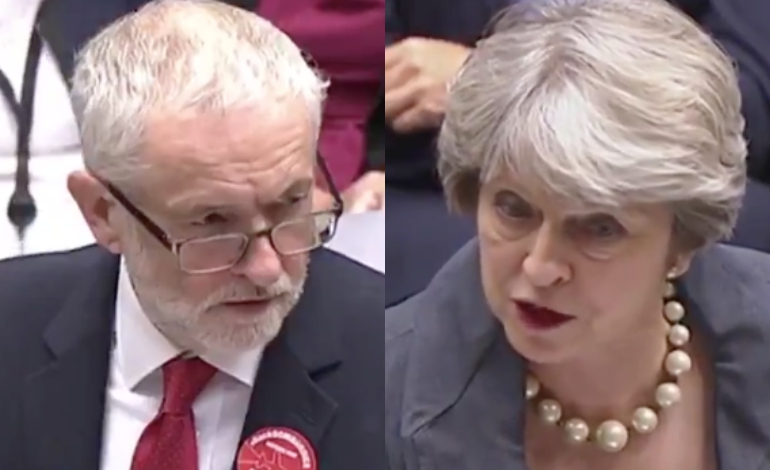 Jeremy Corbyn used Prime Minister’s Questions on 11 October to ask Theresa May the one question that we all want the answer to:

I wonder which planet the Prime Minister’s on?

Corbyn was referring to the PM’s response to calls to pause the rollout of Universal Credit:

The Citizens Advice Bureau describes Universal Credit as, and I quote, ‘a disaster waiting to happen’… Housing associations report an increase of up to 50% in eviction of tenants with rent arrears due to Universal Credit. Can’t the Prime Minister and the DWP [Department for Work and Pensions] wake up to reality and halt this process?

"I wonder which planet the Prime Minister is on" – Jeremy Corbyn attacks Theresa May over Universal Credit #PMQS https://t.co/RKlP7SWn6l pic.twitter.com/XsFIYDVQeL

May claimed that the government has “been listening to the concerns” about the way Universal Credit “has operated”. But she also asserted that “changes have been made” and that the service has improved. And she said that the DWP is now paying over 80% of claims on time, compared to just 55% at the beginning of the year.

But this will do little to alleviate the worries that many people have about the extension of Universal Credit; that includes concerns from MPs from her own party.

Universal Credit is due to be rolled out to about 50 areas in November and December. Over the summer, 31 MPs wrote to the government to express their concerns. The letter stated:

There is a real worry that the introduction of UC [Universal Credit] at this time will cause extreme hardship for many people in vulnerable situations, exacerbated by the financial burdens of the festive period.

And it ended by calling for a delay in implementing the new benefit:

The Trussell Trust, which runs 400 food banks across the country, also issued a stark warning to May’s government: stop the rollout of Universal Credit because it “will leave our network of foodbanks struggling to cope”.

In areas where Universal Credit has been fully implemented, the figures are stark, with an average 16.85% increase in food bank use.

A planet for the rich

May has repeatedly claimed she wants a “country that works for everyone”. But her response to the rollout of Universal Credit shows that this couldn’t be further from the truth. May didn’t answer Corbyn’s question about what planet she is on. Although the answer is obvious. It is a planet of the rich; a planet where tax avoiders are rewarded while the poor are punished.

If May was serious about a “country that works for everyone”, she would admit there are serious problems with Universal Credit and pause the rollout immediately. But instead, she is just offering meaningless soundbites that will do nothing to alleviate suffering and poverty.