Laura Pidcock slams parliament in a storming speech on racism. But only a handful of MPs turned up. [VIDEO] - Canary 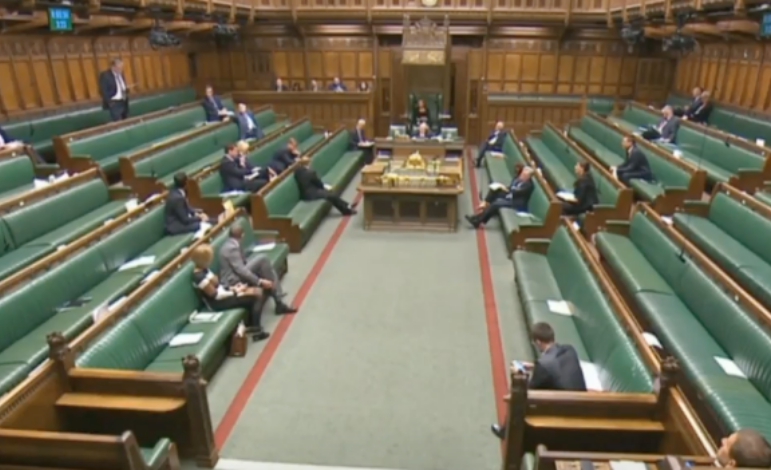 Labour MP Laura Pidcock has slammed parliament for its inherent racism in a debate over Gypsy, Roma and Traveller communities. But unfortunately, only a handful of MPs showed up to hear her much-needed words.

MPs were supposed to be discussing the planning regulations relating to Gypsy, Roma and Traveller sites. But the debate did not get off to a good start. As Pidcock pointed out [00:06], it was framed inappropriately to begin with:

And as she stated [00:30], the issue went deeper than not having a substantial point:

Pidcock also gave examples [1:03] of the racism that exists towards Gypsies, Roma and Travellers:

This discrimination was echoed in a report by The Traveller Movement in September 2017. It found [pdf] that:

These findings are also backed up by a 2017 YouGov poll. It found that only four out of 10 people were happy with their children going to the home of a Gypsy, Roma or Traveller for a “playdate”. And one in four people said they’d be “unhappy with a close relative having a long-term relationship with a Gypsy/Traveller”.

But Pidcock doesn’t place much hope in parliament helping with the solution to this problem. She stated [2:30] that there is a fundamental problem in the basis of much of the legislation around Gypsy, Roma and Traveller communities:

There’s often a judgemental snobbery over Gypsy and Traveller communities and traditions which means… legislation starts with the presumption that a settled life in bricks and mortar is culturally superior.

Pidcock cited [3:50] the 2015 Planning Policy for Traveller Sites as an example [pdf] of this inbuilt discrimination:

If a Scottish person no longer lives in Scotland, would that make them not be Scottish anymore? No. Because nationality and cultural identity is about much more… than where somebody arises.

Launching her government’s ‘race audit’, Theresa May claimed that there will be “nowhere to hide” for public services that act in a discriminatory manner.

But it appears there is somewhere for MPs to hide when it comes to discussing Gypsy, Roma and Traveller rights. Pidcock spoke passionately and made important points about the racism and discrimination people in these communities face. It’s just a shame that no more than a handful of MPs turned up to listen.

You can watch Pidcock’s speech in full here: