The High Court deals a major blow to Amber Rudd, ruling that her 'barbaric' policy is unlawful - Canary 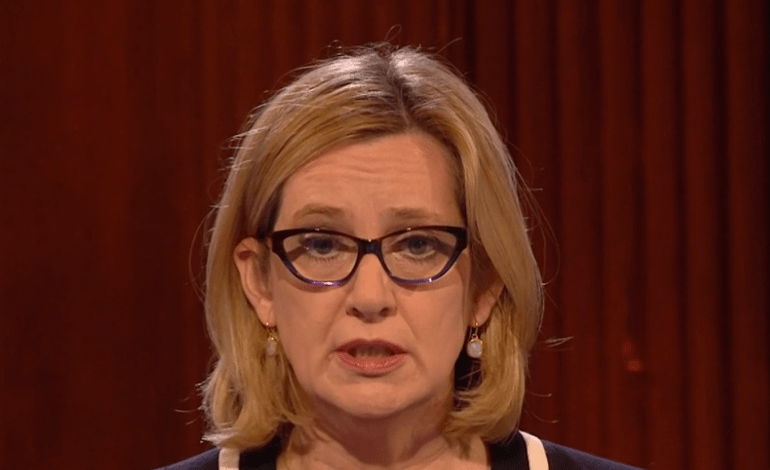 The High Court has ruled that Amber Rudd’s Home Office acted unlawfully; because it tweaked the definition of what torture means, allowing it to lock up a number of vulnerable survivors in detention centres.

The court said the Home Office’s choice to do so lacked any “rational or evidence base”. But it’s not the only decision the department has made recently that appears to prioritise savagery over sense.

Rudd became Home Secretary in July 2016. In September of that year, the Home Office redefined the term to refer only to torture carried out by state agents; such as the USA’s actions in the so-called war on terror that many suspect the UK was complicit in. The new definition didn’t include those tortured by traffickers or other non-government entities.

The Home Office’s guidelines don’t allow it to detain torture survivors while it’s processing their asylum claims. But the revision essentially created a work-around that allowed the government to lock up people in detention centres who didn’t fall under that narrow definition.

Seven survivors of torture, however, along with the charity Medical Justice, took the government to court over it. And they won.

Mr Justice Ouseley ruled that the government wrongly locked up survivors of torture through its “Adults At Risk” policy. The judgement said:

The chief problem with the narrowed definition is that it excludes certain individuals whose experiences of the infliction of severe pain and suffering may indeed make them particularly vulnerable to harm in detention.

The ruling is likely to affect hundreds of cases. And the Home Office has confirmed that it won’t appeal against the decision. But one of the survivors involved in the case said that the damage caused by his detention will endure. He explained:

I felt very bad because of the torture I experienced in Nigeria but doctors confirmed that my mental state deteriorated as a result of being detained here. In detention we are not regarded as human beings but as waste products.

The ruling follows the courts forcing the Home Office into another damning climbdown. It deported Samim Bigzad to Afghanistan in September even though he claims the Taliban has threatened his life. But multiple court orders compelled the government to return Bigzad to the UK.

We welcome today’s ruling – but it is a damning indictment of our Government that this sickening policy ever saw the light of day. In the UK in 2017, the Home Secretary ignored medical expertise, basic humanity and the law to sign off a barbaric policy to lock up traumatised torture survivors.

And Spurrier is right. The Home Office’s actions show little concern for people’s “basic humanity”. Prime Minister Theresa May, who appointed Rudd as Home Secretary, vowed to create a “hostile environment” for unwanted immigrants back in 2013, when she herself was Home Secretary. But we’re now seeing what that looks like in practice.

And it’s turning the UK into a very nasty place indeed.

– Find out more about Medical Justice.