This area of the UK finally has peace after thousands of murders. But the government could cruelly snatch it away. - Canary 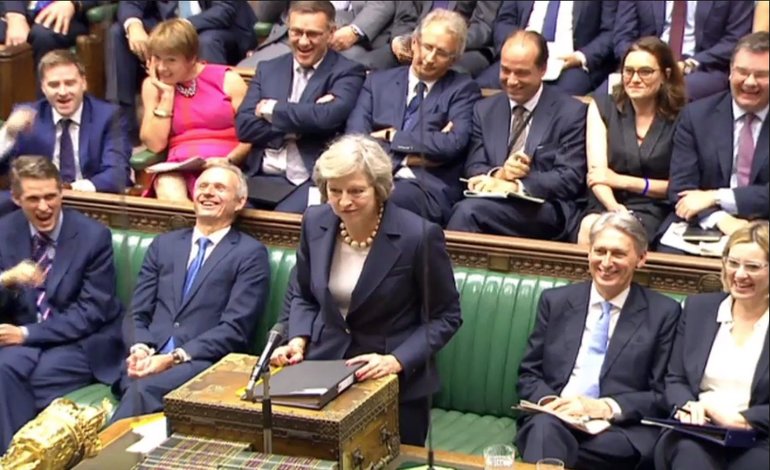 Brexit could result in border controls reappearing along the land border between the north and Republic of Ireland. People across Northern Ireland fear the return of the kind of violence that claimed over 3,600 lives during the notorious ‘Troubles’ period.

Rock and a hard place

If the UK government doesn’t put up a so-called ‘hard border’ – which could see check points, police presence and possibly barbed wire fences again – it would leave both the EU and the UK vulnerable. A ‘soft border’ would increase the risk of the smuggling of goods and illegal cross-border trade. The EU has put the issue front and centre in terms of importance, but the Conservative government has not.

Theresa May recently said that Northern Ireland needs a ‘specific solution’, without going much further regarding what it could entail. The border issue is a potential deal-breaker for Brexit, with differing opinion from all parties involved.

The EU wants a solution that works for Ireland but also protects its borders. The UK wants an ‘invisible border’. Sinn Fein wants ‘special status’ for Northern Ireland. The DUP doesn’t. And the Irish government wants the UK to remain in the customs union.

The Conservative Party has long been accused of discrimination against the Irish people. Former Secretary for Northern Ireland Peter Mandelson said that former Prime Minister Margaret Thatcher had told him:

She came up to me and she said, ‘I’ve got one thing to say to you, my boy… you can’t trust the Irish, they are all liars’, she said, ‘liars, and that’s what you have to remember, so just don’t forget it’…

Thatcher’s position on Ireland is but one example of a pervasive Conservative Party discrimination towards Ireland in general. And its bigotry and stereotyping has come roaring back into public focus in recent years. In Northern Ireland, this discrimination mainly applies to the Catholic community, rather than the unionist community. Much of the unionist community has historical Scottish ancestry and professes loyalty to the UK, whereas much of the Catholic community has historical Irish ancestry and is primarily represented by Sinn Féin in government, which advocates reunification of Ireland.

Northern Ireland has lived through a peaceful period since 1998, with the signing of the Good Friday Agreement. Before, it was ravaged by sectarianism and bloody conflict. Since then, its economy has grown, unemployment has nosedived and living standards have increased markedly. It has been able to focus on ‘normal’ problems of attracting investment and creating jobs, rather than on resolving issues of conflict. Its cities and towns have become bustling centres of commerce and activity, and the region in general a tourist hotspot.

Northern Ireland’s economy grew faster than the UK average in 2016/17. But if a hard border returns, it could all be undone. A hard border is a direct threat to the peace and stability of the region and, by extension, its economic prosperity too.

If there is a hard border, the Conservatives will plunge Northern Ireland into crisis. Armed conflict could return. Lives could be lost and families destroyed once again. May must stop paying lip service and giving vague, platitudinous answers. People across Northern Ireland, in particular along the border, need clarity. It is bad enough that the government has Northern Ireland’s citizens on tenterhooks. But after they’ve finally experienced peace and stability, it would move to a whole new level of cruelty to expose the region’s people to the dark threat of guns and bombs once again, and undo all the hard work done.