If you're wondering why our schools are in crisis, here's Justine Greening's new £800-a-day education chief - Canary 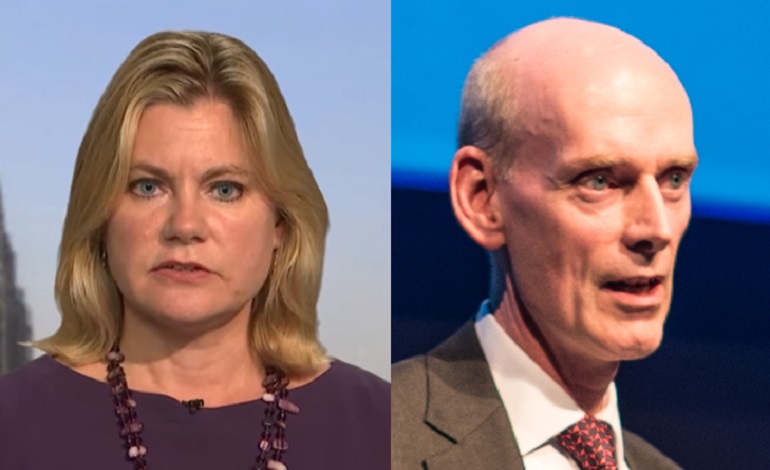 On 23 October, the government announced a new appointment to the board of the Department for Education (DfE). But far from being a teaching professional, the person given the £800-a-day job is a businessman; meaning that business people now outweigh education experts on the board by 3 to 1.

Richard Pennycook is the former CEO of The Co-operative Group. Announcing his appointment as a Lead non-Executive Board Member, Secretary of State for Education Justine Greening said:

The board plays a vital role in helping our department to work efficiently and strategically. Richard’s experience in driving change, creating a values-based culture and engaging with staff will be crucial in helping us to build our capability.

But it’s Pennycook’s background which may raise a few eyebrows in the teaching profession.

He is an accountant by trade, and his previous roles include CEO of Welcome Break (the roadside leisure chain), Finance Director for supermarket giant Morrisons, pub chain JD Wetherspoon and retail group Laura Ashley, and non-Executive Directorships for the RAC and Thomas Cook.

Other DfE board members’ backgrounds are similar. For example, McGregor-Smith was previously CEO of public sector outsourcing giant Mitie, and held “senior financial posts” at Serco, another government outsourcing company, and Babcock, which is in the supply chain for the UK’s nuclear deterrent, Trident.

And Meller’s CV includes leading his own firm, Meller Group, which turns over £36m a year [pdf, p6]. He also sits on the board of right-wing thinktank Policy Exchange.

But Meller also set up his own school academy chain, the Meller Educational Trust, in 2004. Since then, not only was he appointed to the DfE board, but he also now chairs the government’s National Apprenticeship Ambassadors Network.

The only education professional on the DfE board is Plant. Previously a midwife, she is now Chief Executive of the Midlands Academy Trust, as well as being the principal of two colleges.

The DfE: no clue about schools

The DfE said of Pennycook’s appointment:

Richard has first-hand experience in change management and staff engagement, and in creating a workplace driven by core values. This background makes Richard the ideal candidate to work with our leadership team on the Building Our Department Together programme, making our department an even better place to work.

The Building Our Department Together programme is designed to explore “better ways to deliver the department’s activity with schools”. But it was criticised by the National Education Union as being:

an admission that the department is completely detached from the schools it is now overseeing. It’s more of the same, appointing civil servants to oversee a detached and fragmenting school system.

And when business people and chairs of academy chains lead the DfE, not teaching professionals, the likelihood of it being less detached any time soon is slim.