Some of the dirtiest corporations have come under fire. How they respond is everyone's business. - Canary 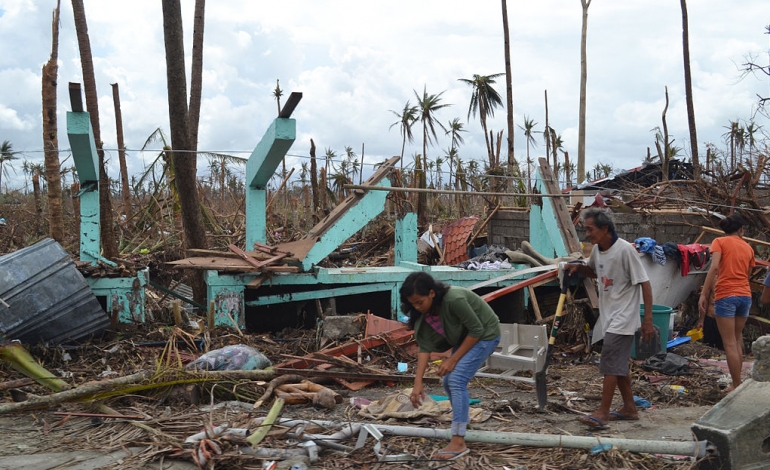 If the world’s dirtiest companies don’t change how they operate, then we will only see a rise in the frequency of catastrophic hurricanes and floods. Human lives are at stake here. But a lot can be done to prevent this dire situation from getting worse.

The main sources of greenhouse gas (GHG) emissions are from the burning of fossil fuels; which makes big carbon producers the biggest culprits of climate change. In light of recent extreme weather events, the Commission on Human Rights in the Philippines has pressured 47 carbon producers to attend a meeting as part of its investigation into the human cost of climate change.

“This is an unprecedented moment”

Some of the companies in question include ExxonMobil, Shell, BP, Chevron, and Total. The meeting will examine the corporate responsibility of these companies, and how their activities lead to human rights abuses. Desiree Llanos Dee, who campaigns for climate justice for Greenpeace Southeast Asia in the Philippines, said:

This is an unprecedented moment in the climate justice movement and especially for the thousands of typhoon survivors who are living with the impacts of climate change.

The harm caused by these companies

Last year, typhoon Haima devastated the Philippines, with tens of thousands of people being evacuated from their homes. And two years ago, typhoon Haiyan resulted in the deaths of over 6,300 people, while also affecting the lives of millions of others. The victims are still recovering.

Hurricane Irma in the US killed 75 people and destroyed 25% of homes in the Florida Keys.

Flooding in Texas, brought by Hurricane Harvey, has claimed the lives of 44 people and damaged 100,000 homes. The South Asia floods wreaked even more havoc, with over 1,200 lives lost and millions made homeless.

Will the CEOs attend?

The Philippine Rural Reconstruction Movement (PRRM) is an organisation that offers help to victims of natural disasters. Its president, Isagani Serrano, said:

We hope these CEOs look deep in their hearts and see how their profit harms people and the planet.

These companies say they want to tackle climate change. But as Greenpeace stresses:

A nicely worded public relations exercise is no cure for decades of deception.

Indeed, a study detailed how ExxonMobil sowed doubt about the reality of human-caused climate change.

The current CEO of ExxonMobil Darren Woods, who replaced climate change sceptic and now US Secretary of State Rex Tillerson, has an inconsistent approach to climate change. On the one hand, he has urged Trump to back the Paris climate agreement. On the other hand, Woods wouldn’t recognise that fossil fuels are the primary source of GHG emissions.

This kind of mismatch – not only between different messages, but between words and actions as well – makes it hard to tell whether these companies will attend the meeting.

If the CEOs of these companies fail to show up, it would be another sign that they care little about the severity of climate change. But if they do attend (or even if only one company makes the commitment), it could mark a step in the right direction.