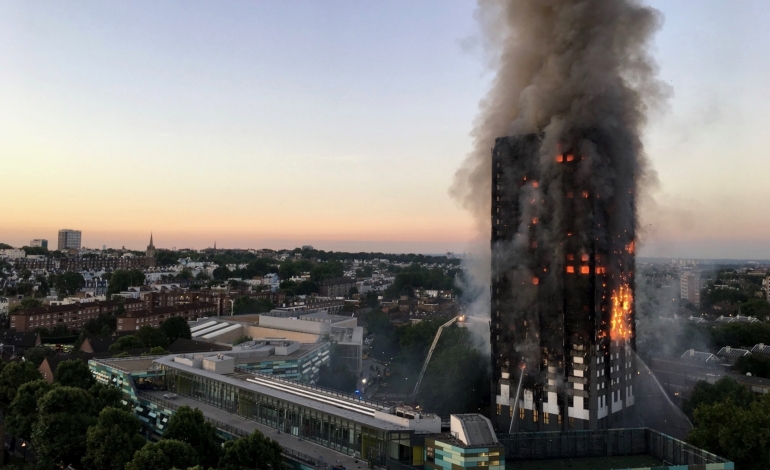 Political blogger Guido Fawkes recently posted a photo on Twitter of a survey carried out by Kensington, Chelsea & Fulham Conservatives. A Twitter user has called one question in particular “grotesque beyond words”. The survey asked voters how important the Grenfell disaster was to them on a scale of 0 to 10, with 0 being ‘not important at all’.

Kensington Tories Ask Voters: How Important is Grenfell to You on a Scale of 0-10? https://t.co/mz18iLygvv pic.twitter.com/Jwgzm1CDrz

Reactions on Twitter highlight everything that is wrong with this question. Asking people to rate the importance of such a horrific disaster is “absolutely stunning in its insensitivity”, as one Twitter user put it. The Grenfell tragedy is on the same list as issues such as recycling, rubbish collection, congestion, and parking permits. Other people took to Twitter to describe the question as “totally out of touch” and “spectacularly inappropriate”. Someone else was shocked “that they think such a question warrants asking”.

But Paul Connew, former editor of The Sunday Mirror, summed it up best. He called it “grotesque beyond words” and a “total sensitivity bypass”.

Considering the lives lost, and the repercussions that weigh heavy on the survivors, it is surprising how someone could decide this was an appropriate question to ask people.

Health professionals estimate that 11,000 people may be suffering from mental health issues following the Grenfell disaster, with many afflicted by post-traumatic stress disorder (PTSD). Many victims still have nowhere to live.

Yet so far, the Conservative response to the situation has provoked outrage. For example, the Tory-led council of Wandsworth wants to charge residents £4,000 to fund sprinklers, with the aim of avoiding a similar tragedy in the future. Labour leader Jeremy Corbyn has said that it’s the government’s responsibility to pay for these safety measures.

The Kensington Conservatives certainly have a lot to answer for, so The Canary asked for a statement. But they have yet to offer an explanation for this deeply insensitive question.